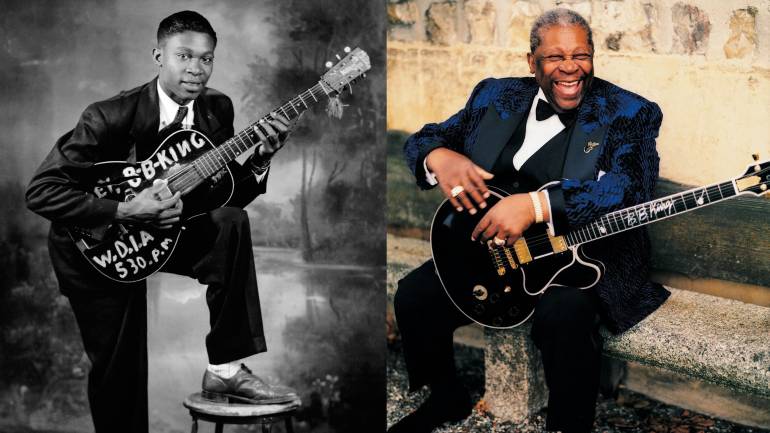 Broadcast Music, Inc. mourns the loss of one of music’s most brilliant pioneers – the King of Blues, B.B. King, died last night at the age of 89.

Famous for his undeniably blazing guitar he named Lucille, and vocals that demanded to be heard, the 15-time GRAMMY winner recorded more than 50 albums, touring globally up until just a few years ago. Coming full-circle as a mentor to legendary guitarists Eric Clapton, Buddy Guy and Jimi Hendrix, among others, King started out studying the great blues and jazz guitarists, including Django Reinhardt and T-Bone Walker. Although modest about his achievements, there were multitudes of accolades: induction into the Blues Foundation Hall of Fame in 1980, the Rock and Roll Hall of Fame in 1987 and the Songwriters Hall of Fame Lifetime Achievement Award in 1990. King was also the recipient of the Presidential Medal of Freedom presented by President George W. Bush, and later was honored when President Barack Obama sang along to his “Sweet Home Chicago.”

King touched the hearts and souls of many, many people. He will be forever missed by his friends at BMI, but his legacy will surely live on.