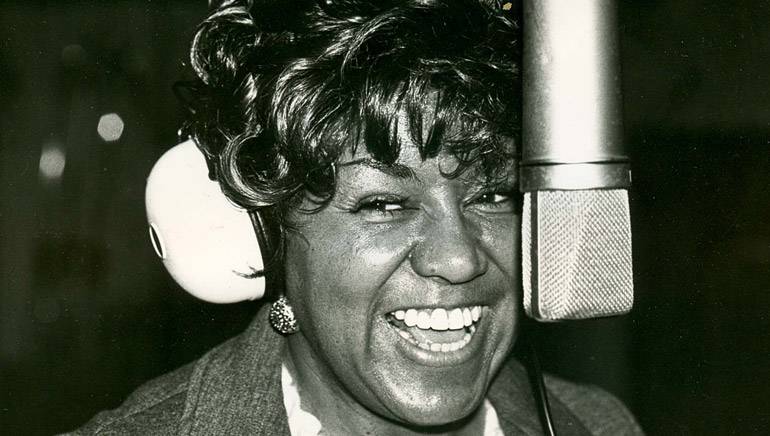 Broadcast Music, Inc. mourns the loss of Rose Marie McCoy, a prolific jazz and R&B songwriter, who passed away on Tuesday, January 20, 2015, in Urbana, Illinois. She was 92.

McCoy was one of the first female African-American writers to break into the music business. Born in Oneida, Arkansas, McCoy moved to the Harlem neighborhood of New York in 1942, hoping to make it big as a singer. She had some success, opening for legends Moms Mabley, Pigmeat Markham, Ruth Brown (McCoy wrote Brown’s hit “Mambo Baby,” a BMI award-winning song) and Dinah Washington, but her big break came in the early ’50s, when she entered the music business and became one of the most sought-after songwriters of the era. Her work was recorded by Sarah Vaughan, Jimmy Scott, Jackie Wilson, James Brown, Shirley Caesar, Louis Jordan, Lavern Baker, Eartha Kitt and many other famous artists.

From her office at the iconic Brill Building, she wrote “Don’t Be Angry” (performed by Nappy Brown and the Crew Cuts), “Gabbin Blues” (performed by Big Maybelle), “If I May” (performed by Nat King Cole) and “It Hurts Me to My Heart” (performed by Faye Adams and featured in the movie, The Butler). She wasn’t just about jazz, she knew how to rock, too. Early in his career, Elvis Presley recorded McCoy’s “Trying to Get to You” while Ike and Tina Turner received a GRAMMY nomination for their rendition of McCoy’s “It’s Gonna Work out Fine.” All of these hits went on to become BMI award-winning songs.

A little-known legend by name, McCoy’s work is well-loved by the industry and its performers. She continued to write well into her golden years, and in 2007, on the occasion of the 85th birthday, the New Heritage Theatre in New York staged a tribute performance, Write On, Rosie, that celebrated her career, one full of soulful splendor and groundbreaking brilliance. She will be missed by the BMI family.