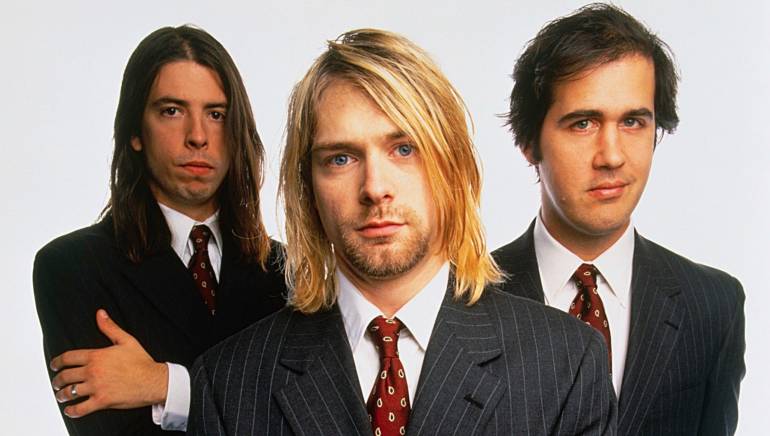 Broadcast Music, Inc. congratulates Peter Gabriel, Hall and Oates, Linda Ronstadt and Nirvana, all of whom will be inducted into the 2014 Rock and Roll Hall of Fame at the 29th Annual Rock and Roll Hall of Fame Induction Ceremony in New York. The ceremony will take place on April 10 at the Barclay’s Center in Brooklyn. Artists are eligible for induction into the Hall 25 years after the release of their first single or album.

In a statement, BMI songwriter Dave Grohl said, “From the basements, to the dingy clubs, to the broken down vans, to … the Rock and Roll Hall of Fame. I’d like to thank the committee not only for this induction, but also for recognizing Nirvana for what we were: pure rock and roll. Most of all, thank you to all of the fans that have supported rock and roll throughout the years, and to Kurt and Krist, without whom I would not be here today.”

Join us in congratulating our songwriting legends on this well deserved honor.

For more information on the upcoming ceremony and the 2014 Inductees, visit rockhall.com.

Peter Gabriel
Peter Gabriel’s influence is so widespread, we may take it for granted. When the rest of rock was simplifying in the new wave days, the former Genesis frontman blended synthesizers and a signature gated drum sound with an emotional honesty learned from soul music to create a sensibility that would influence artists from U2 to Arcade Fire to Depeche Mode. He wrote songs like “Don’t Give Up,” “Red Rain” and “In Your Eyes” that put heart and soul on the radio at time when those values were in short supply. Four decades on as a solo artist, Gabriel continues to push the boundaries of popular music and challenge audiences around the globe.

Hall and Oates
Daryl Hall and John Oates created an original mix of soul and rock that made them the most successful pop duo in history. As songwriters, singers and producers, they embraced the pop mainstream, bringing passion and creativity back to the 3-minute single. Over the course of their career, they have recorded six No. 1 hits and put 34 songs in the Billboard Top 100. Deeply rooted in lush Philly soul, Hall and Oates mixed smooth vocal harmonies and the romantic vulnerability of soul with edgy hard rock and new wave riffs to create some of the finest pop music of the 1980s. They continue to record and attract new young audiences, and their influence can be felt in the work of contemporary artists like Bruno Mars and Justin Timberlake.

Linda Ronstadt
Linda Ronstadt dominated popular music in the 1970s with a voice of tremendous range and power. She was one of the most important voices in the creation of country rock, in part because she understood how to sing traditional country songs like “Silver Threads and Golden Needles.” She regularly crossed over to the country charts in the ‘70s, a rarity for rock singers. She is the only artist to win a GRAMMY Award in the categories of pop, country, Mexican American and Tropical Latin. That diversity reflects her approach to singing: she was always looking for the best song, regardless of category.

Nirvana
It only takes one song to start a rock revolution. That trigger, in late 1991, was “Smells Like Teen Spirit,” an exhilarating blast of punk-rock confrontation by Nirvana, a scruffy trio from Seattle. “Teen Spirit,” its moshpit-party video and Nirvana’s kinetic live shows propelled their second album, Nevermind, to No. 1 and turned singer-guitarist-songwriter Kurt Cobain into the voice and conscience of an alternative-rock nation. Like Jimi Hendrix and Jim Morrison, Cobain was 27, in his creative prime, when he died. Also like them, he and Nirvana remain an enduring influence and challenge - proof that the right band with the right noise can change the world.