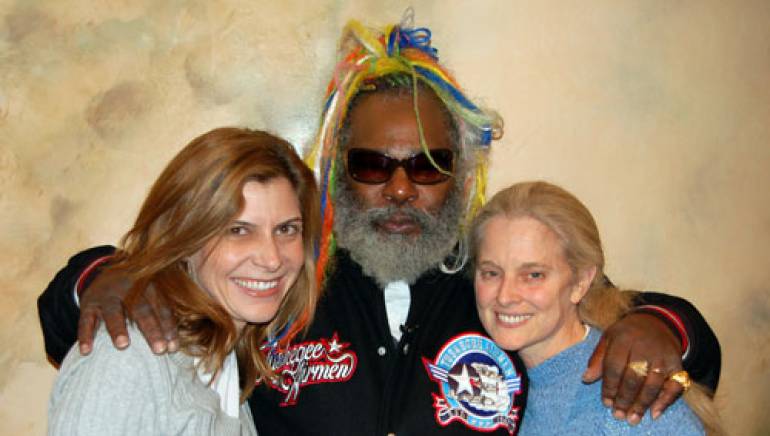 The BMI Los Angeles office was treated to a visit by the Godfather of Funk himself, George Clinton. Clinton, the mastermind behind bands Parliament and Funkadelic during the 1970s and early 1980s, has had a lucrative solo career and has had success as a producer with projects such as The Red Hot Chili Peppers Freakey Styley.

Best known for such classics as “Tear The Roof Off The Sucker (Give Up The Funk),” “Atomic Dog” and “One Nation Under a Groove,” Clinton keeps busy these days with his record label The C Kunspyruhzy and is hitting the road to tour with his P-Funk All Stars band.