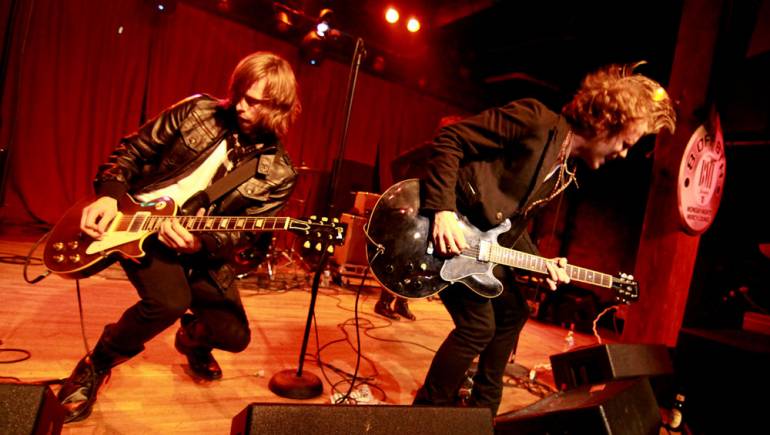 The Kicks perform at the first round of Road to Bonnaroo 2011 at Mercy Lounge.

The contest is staged during designated nights of BMI’s free 8 off 8th showcase, as eight Nashville artists square off in back-to-back rapid-fire sets. A combination of industry judges and audience votes determine each night’s winner, who earns one of three slots at the 2011 Bonnaroo Music and Arts Festival in June. The remaining 2011 Road to Bonnaroo dates are March 21 and April 18.