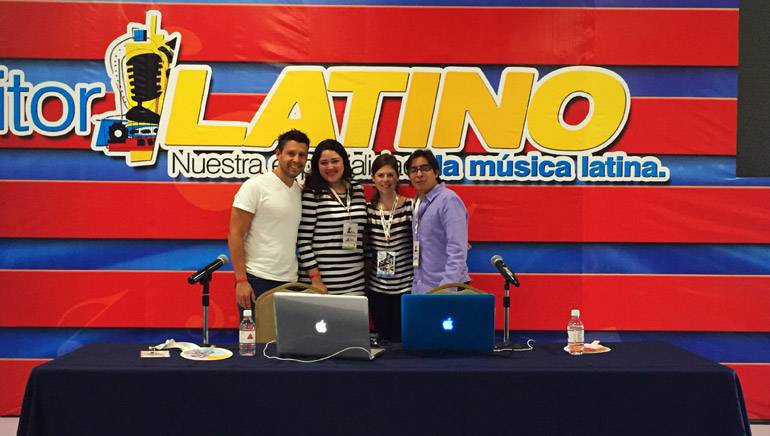 Members of BMI’s Latin team, Carolina Arenas and Krystina DeLuna, recently hosted a panel focusing on the differences in composing music for TV vs. film during the 8th annual Monitor Latino Conference, held at the Cintermex in Monterrey, Nuevo Leon, Mexico. With introductions by Joel Garza, panelists Juan Carlos Rodriguez and Orlando Rodriguez also spoke about the differences in aesthetics in English vs. Spanish media, and the power of music in TV.