BMI recently hosted an introductory party for Billboard chart-topping piano virtuoso/songwriter Arthur Hanlon at the Gibson Guitar Showroom in Beverly Hills. Just signed to Sony/ATV Music Publishing, Hanlon, who is leaning towards composing for film and television, performed “Paraiso,” “Hijo de la Luna” and other selections and had the opportunity to mingle with some of the industry’s top music supervisors.

Hanlon, who hails from Detroit, found his calling in Latin music and holds a masters degree from the Manhattan School of Music. After moving to Miami, he released his debut album, El Piano Amarillo (The Yellow Piano), a critically acclaimed production that anchored his bond with the Latin community. 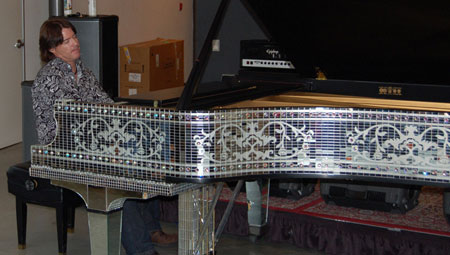 Arthur Hanlon at the piano. 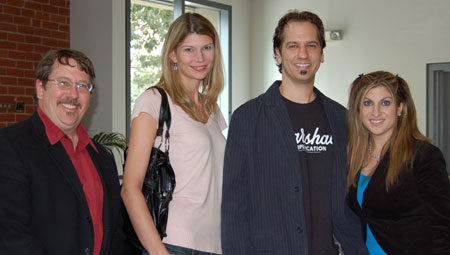