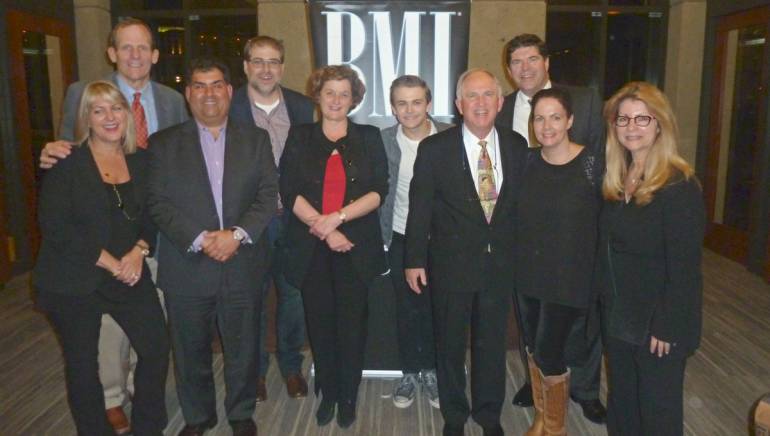 The Radio Advertising Bureau held their fall board meeting in Nashville recently (10/29/13) and BMI was on hand to present a taste of Music City by hosting a Bluebird Cafe-style guitar pull that featured three award-winning BMI songwriters, including one of country music’s biggest stars, Hunter Hayes. Hayes, Barry Dean and Lori McKenna not only performed songs recorded by the Grammy-nominated artist, but they also played the tunes and told the stories behind huge hits they penned for the likes of Little Big Town, Tim McGraw, Faith Hill, Thomas Rhett and Billy Currington.

The trio performed in front of senior level executives representing some of the biggest radio groups in the country, including CBS Radio, Cox Media, Hubbard Radio, Entercom and Greater Media.