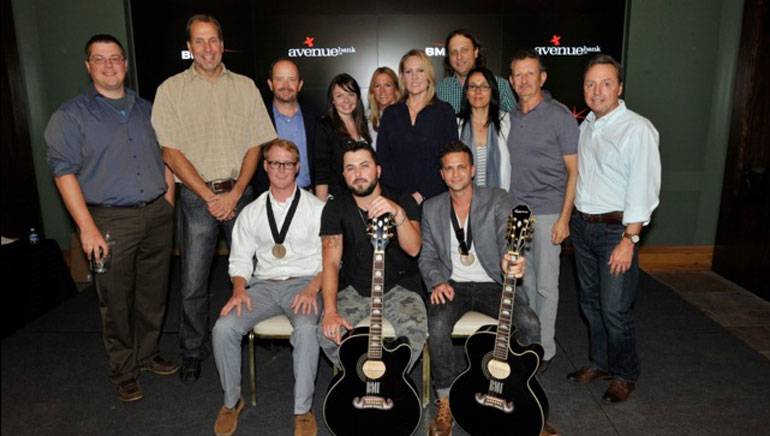 Broadcast Music, Inc. helped Tyler Farr celebrate his #1 single “Whiskey In My Water” during an afternoon reception at the Company’s Nashville office on August 14, 2014. Co-written with John Ozier and Phillip Larue, the hit is Farr’s second consecutive #1 single from his debut album Redneck Crazy and his first #1 song as a writer. “Whiskey In My Water” is the first #1 single for Phillip Larue, who has produced and collaborated with Brandon Heath and Ronnie Dunn, among others. This is the second chart-topper for John Ozier, who also co-wrote Lee Brice’s multi-week #1 “Hard To Love,” and has had cuts by Charlie Worsham, Air Supply and others. 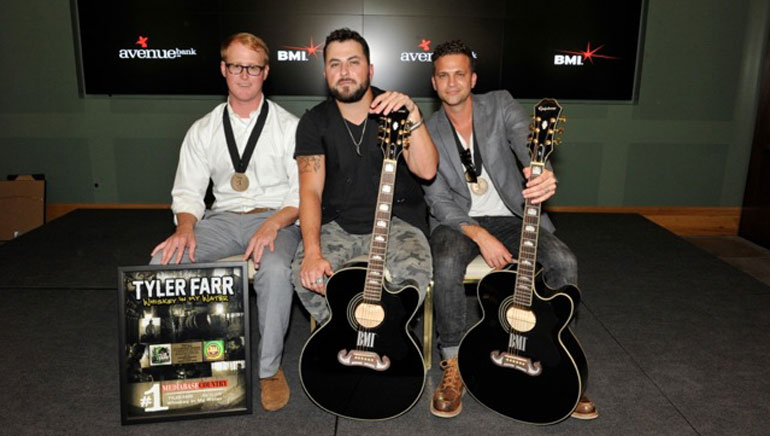