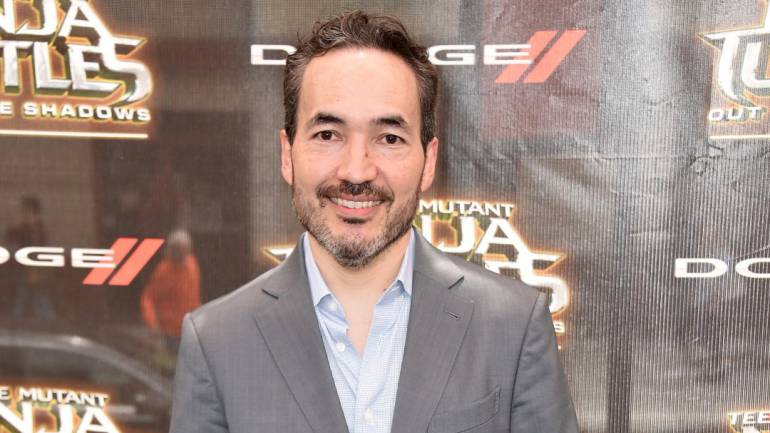 As the composer of director Michael Bay’s four blockbuster Transformers films, as well as multiple projects with director Peter Berg, including Lone Survivor, Battleship, and Deepwater Horizon, Steve Jablonsky knows a lot about what science fiction and action-thriller fans want to hear. But he’s also written the music for the smash ABC series Desperate Housewives, the award-winning telefilm Live From Baghdad, several series, including Threat Matrix and ESPN’s Sports Century: The Century’s Greatest Athletes, and more recently, the entire first season of NBC’s comedy You, Me and the Apocalypse, further cementing his ability – and reputation – to create music for all genres and audiences.

Now, after the June 3 release of Teenage Mutant Ninja Turtles: Out of the Shadows (which deserves another bow from Jablonsky), video game music to conjure up and commercials to cue, BMI is honored to have this versatile music creator take a break to answer a few questions about his incredible journey. Here’s what he said.

Tell us about the Transformer series. How did you get involved and what’s kept you inspired to keep scoring them?

When the first Transformers movie came along I had already scored several films for Michael, so we had a good working relationship at that point, but I definitely did not assume that he would ask me to work on Transformers. It was such a huge new franchise, any composer would have loved that opportunity. So I was very appreciative when he did ask me. He’s obviously a huge part of my career and I’ll be forever grateful for all he’s done for me. And regarding inspiration, it’s not hard to be inspired on a Michael Bay movie. He’s like a kid with very expensive toys. He’s always excited about new projects and trying new things, and that excitement is contagious. A lot of people have asked me why the Transformers scores are so different from movie to movie, and the answer is simple. It keeps it interesting for Michael and myself. He and I always want to try new things, new themes, new sounds, etc. It would be easier to reuse material, but it’s more fun to do something new each time.

You’ve worked on the remakes of A Nightmare on Elm Street, Friday the 13th, The Hitcher, The Texas Chainsaw Massacre and The Amityville Horror. How is the scoring process different with a remake as opposed to an original film?

The original versions of these films are some of my favorite films of all time (not to mention favorite scores of all time). But while working on the remakes I didn’t want my love for the originals to affect my writing or my overall approach. My goals for any film are the same: how can I help tell this story, how can I help the director bring the audience deeper into this film. Plus these are all modern takes on the originals, so we wanted to do something new with the music. Although we did nod to the originals a few times. One thing I definitely wanted to use was Manfredini’s classic “ch ch ch ah ah ah.” It’s such a well-known sound from the Friday the 13th franchise. I set up a microphone and recorded myself making those sounds - that was a fun day at the studio.

Teenage Mutant Ninja Turtles: Out of the Shadows is opening June 3. What do you hope the audience will take away from the film when it comes to your music? Did the music in the earlier Turtles films influence you?

I wanted to compose a fun score for Out of the Shadows. I wanted each of the main characters to have cool distinctive themes, but I didn’t want the music to take itself too seriously. That’s why people love the Turtles, they could be fighting the craziest battle ever and yet they’re still cracking jokes. This is a fun movie, and I hope the music helps the audience have fun with it. I had a lot of ideas going in and I wanted to write all new themes, so I started with a clean slate.

Tell us how you got into writing music for commercials. What inspires you and how do you go about working with a director and starting a project? Is the idea already hatched by the time you’re brought in?

Some of the early commercials I worked on were for Tony Scott, whom I met while working for Harry Gregson-Williams. Tony was generous enough to give me a chance at that early stage of my career. Most of the commercials I’ve composed music for were directed by people I’ve worked with, such as Michael Bay and Ruben Fleischer, so we already had a working relationship in place. And the creative process is pretty much the same as doing a film or anything else, I discuss ideas with the director, get a sense of what they want, and start writing.

What do you think makes a great score? Which composers have influenced you and why?

For me, a successful film score is one that helps the audience make an emotional connection to the film and its characters. What makes a score great is that it sticks with you. You can listen to it away from the film and have those same emotional experiences. Strong themes are important, but a score doesn’t need Williams-esque themes to be great. A score can be ambient and minimalist and still be great. Like many composers my age, John Williams was the first person to show us how important music can be in a film. He started my love for film music. I then went on to discover people like Ennio Morricone and Hans Zimmer. What they all have in common is their ability to create strong emotional feeling through themes and sounds. I also learned a lot working with Harry Gregson-Williams, another amazing composer and orchestrator. These four are my biggest personal influences.

You’ve worked in so many genres – horror, comedy, video games, sports, reality. How are they different and how are they the same?

I try not to think about what genre I’m working in because I like to approach each project with a totally open mind. Every project deserves that. So, in that respect, all projects are the same. Of course the specific details and techniques are different between genres, but the end goal is always the same.

Tell us about your relationship with BMI. How has it impacted your career?

BMI have been very supportive throughout my career. This crazy business of writing music for films is extremely fun and rewarding, but at the same time it can be seriously stressful. So having good people in your corner is a necessity. BMI are good people.

What do you hope to do next?

Well I’ve already done three films this year, next I’m hoping to take a nap. After that I have a few things planned. I just enjoy writing music, and I wake up every day thankful that I get to do that for a living.