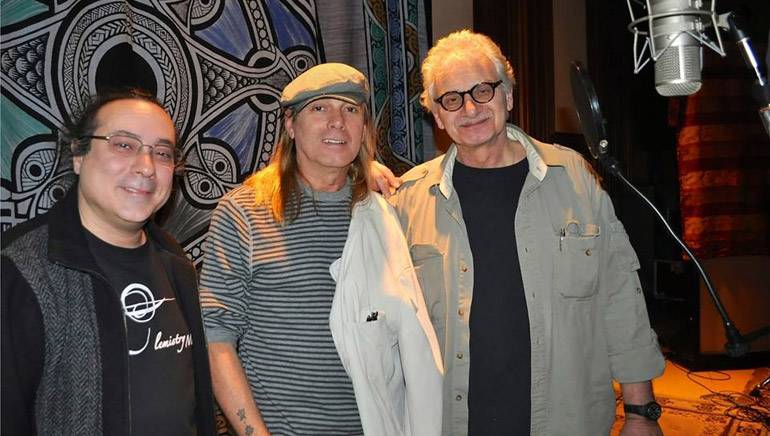 In 2011, BMI composer Shawn K. Clement was commissioned to compose an orchestral piece honoring America’s wounded veterans. The four-movement work, entitled “The Warrior’s Hymn,” debuted later that year at the Kennedy Center in Washington, D.C., to a standing ovation with all ranks and branches of the United States armed services in attendance. Unfortunately, the recording of the piece – which featured a 106-piece orchestra, 247 member choir, and lead vocals by Jon Anderson of the Rock and Roll Hall of Fame nominated group YES – was technically unsuccessful and the acclaimed performance was lost.

Over the course of the next three years, Clement teamed up with producer Jack Douglas, Cheap Trick’s Robin Zander, choral conductor Tim Davis from TV’s “Glee” and drummer Dan Potrouch to recreate the performance and record it at Hollywood’s East West Studios. Additional orchestral tracks were recorded at George Lucas’ Skywalker Sounds in Marin, CA. The newly-recorded “The Warrior’s Hymn” is now set for an April 2014 release date, with a companion DVD about the project to soon follow.  Portion of proceeds from sales are planned to benefit the Wounded Warrior Project.

In addition to “The Warrior’s Hymn,” Clement has composed for a number of primetime reality shows, the Buffy the Vampire Slayer television series and several feature films. Throughout his career, Clement has created more than 25,000 music cues, now available for licensing through the Clemistry Music Library.