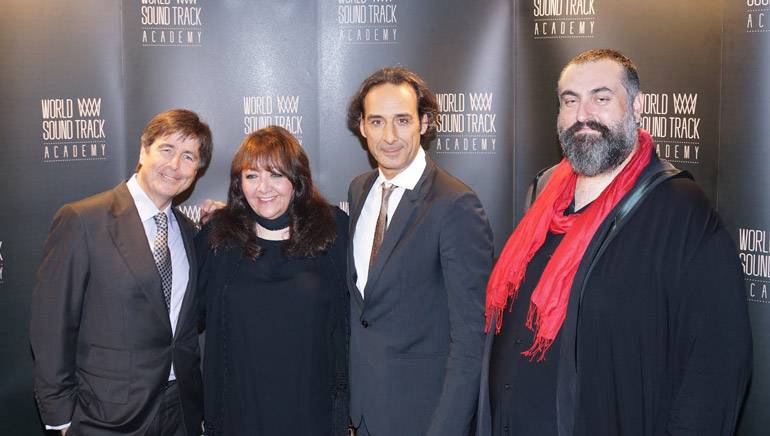 Broadcast Music, Inc. congratulates the winners of the 2013 World Soundtrack Awards, which took place in Ghent, Belgium, on October 19. The awards are distributed annually to mark and celebrate outstanding achievements in scoring music for motion pictures. BMI composer Mychael Danna continued his winning streak this year, winning both the Film Composer of the Year award and Best Original Film Score of the Year (2012) for Life of Pi. BMI Vice President, Film/TV Relations Doreen Ringer-Ross attended the awards ceremony, accepting the award for Best Original Song Written for a Film on Adele’s behalf. After the Awards, the Brussels Philharmonic, conducted by Maestro Dirk Brossé, treated the audience to a selection of film scores from prolific BMI composer Alexandre Desplat, who also conducted some of his own compositions.

Film Composer of the Year
Mychael Danna (Life of Pi)