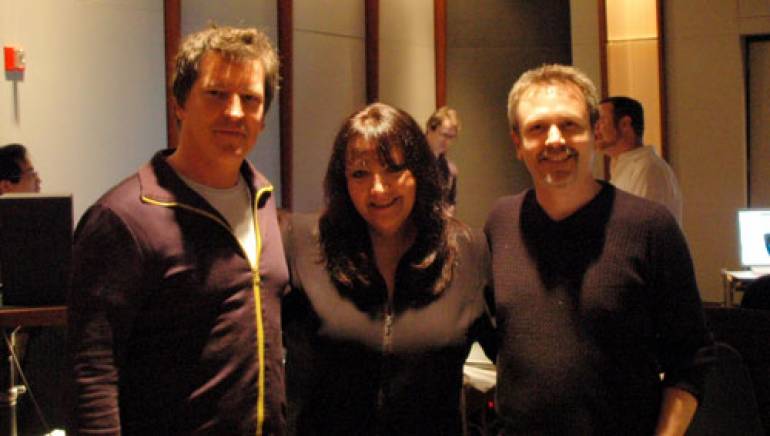 BMI’s Doreen Ringer Ross joined BMI composer John Frizzell at the scoring session for the upcoming Warner Brothers film “The Reaping,” being released April 5. “The Reaping” is a horror/thriller focusing on a former Christian missionary who specializes in debunking religious phenomena. In the film, they investigate a small town which seems to be suffering from the 10 biblical plagues. It stars Hilary Swank, David Morrissey, Stephen Rea, and many others. Frizzell recently joined BMI and his scores includes the cultural phenomenon “Office Space,” “Gods and Generals,” “Primeval,” “First Born,” “Beavis and Butthead do America,” “The Prize Winner of Defiance, Ohio” and many more.