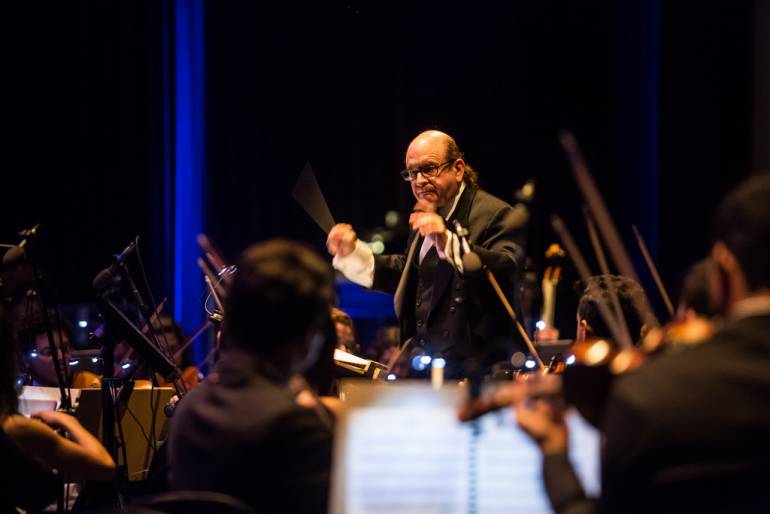 Composer David Michael Frank leads the orchestra through his score of the 1927 film.

On Saturday, October 31, during the Sao Paulo International Film Festival in Brazil, acclaimed BMI composer David Michael Frank conducted the Heliópolis Symphony Orchestra in a live performance of the original score he wrote several years ago to the 1927 Mary Pickford film My Best Girl. The outdoor screening of a silent film, accompanied by a live orchestra performing a score written for it, is one of the unique signatures of the noted festival. Recently restored, My Best Girl, along with Frank’s score will be released on Blu-ray and is set for a theatrical tour next year.