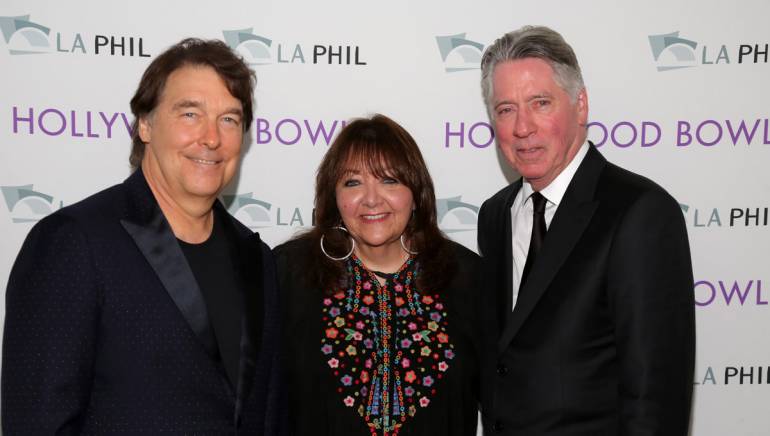 The Hollywood Bowl took on a magical glow on June 30 as award-winning composer Alan Silvestri watched David Newman, another award-winning BMI composer, conduct in real time the music he wrote for the blockbuster hit Back to the Future, as the film was shown (without its recorded musical track) across a huge screen in the famous venue. Truly a perfect marriage of music and plot, the celebration, in honor of the film’s 30th anniversary, couldn’t have been made more special as the live performance by the LA Philharmonic was perfectly synched with the screening of the classic work. BMI’s Vice President of Writer-Publisher Relations, Doreen Ringer-Ross, represented BMI in support of the composers.