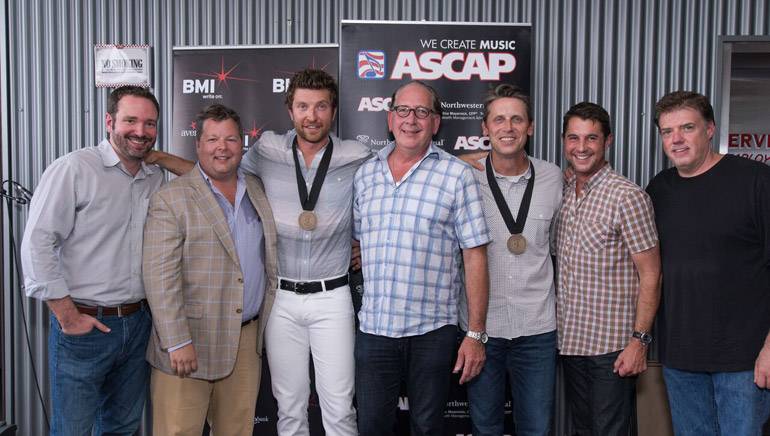 The Acme rooftop turned into a party yesterday, May 20, 2015, to celebrate “Mean to Me,” CMA New Artist of the Year and BMI singer/songwriter Brett Eldredge’s third consecutive number one hit off his album Bring You Back. Written by Eldredge and Scooter Carusoe, the song follows number one hits “Don’t Ya” and “Beat of the Music.” In addition, Eldredge recently released a music video for his latest single, “Lose My Mind,” a new track off his upcoming and yet-to-be-titled sophomore album. Fans can catch performances of all of his top songs on his extensive U.S. summer tour.