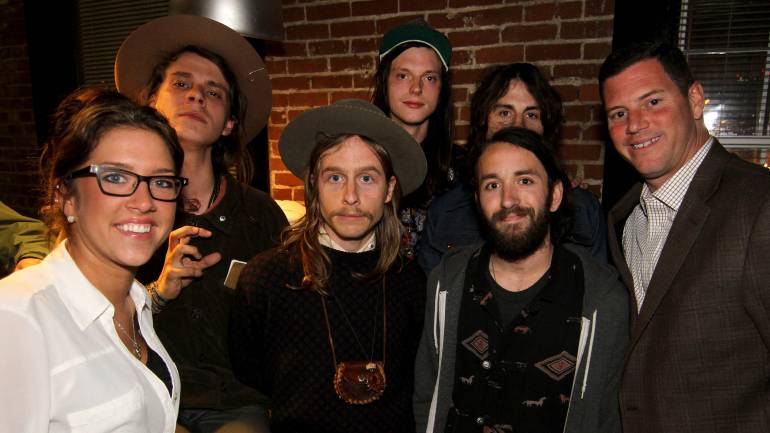 BMI’s ‘Road to Bonnaroo’ 2013 (RTB 2013) brings Nashville’s indie bands and music fans together for the fifth consecutive year to select three homegrown artists ready to represent the city’s bustling music scene on a national stage. There is only ONE spot left, and the 8 off 8th showcase on April 15 at the Mercy Lounge, 1 Cannery Row, Nashville,  will decide who earns the final coveted spot to perform at the Bonnaroo Music & Arts Festival in June. The event starts at 9 p.m. and is free and open to the public 21 and over. Previous round winners include: Ranch Ghost who won during round two on March 25, and Alanna Royale who won during round one on February 25.

RTB 2013 continues to follow the rules established in previous years: As the live-action litmus test, eight bands will perform three-song sets during each installment of the series. To select the evening’s top contender, an industry panel comprised of local music journalists, bloggers, and 8 off 8th hosts will contribute one half of the verdict, while fan votes through onsite ballots determine the other half.

The RTB 2013 is sponsored by BMI, the Mercy Lounge, The Nashville Scene and the Bonnaroo Music and Arts Festival. Follow this year’s competition on Twitter: #Rd2Bonnaroo