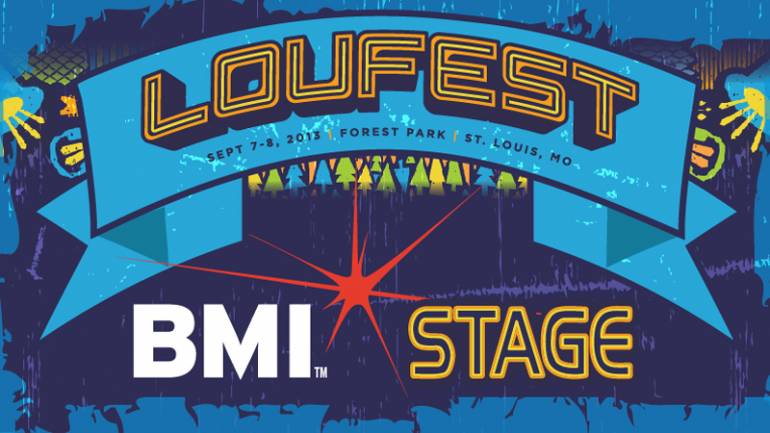 Broadcast Music, Inc. is proud to announce the performers at the first-ever BMI stage at the 2013 LouFest Music Festival September 7-8, 2013, in Forest Park, St. Louis, Missouri. The fourth annual LouFest will feature more than 30 local, regional and national acts, ranging from funk and indie-rock to alt-country and soul.

The BMI performers in order of appearance are:

“The songwriters playing the BMI stage at LouFest are some of the best to be breaking new ground,” said BMI Executive Director Mark Mason. “They’ve earned their place by gaining a following and becoming the writers/performers to watch in the region.”

BMI’s involvement in LouFest is part of our commitment to support emerging talent. In addition to great music, this two-day event also includes a vibrant art market, an environmentally friendly vendor area and a food court featuring exceptional restaurants from St. Louis neighborhoods. More information is available at www.loufest.com.

About the BMI performers:

Songs like “No Use” and “Hard Times” dig deep into the sounds of southern soul, where gang vocals carry the songs into a genre of their own.

Desert Noises is Kyle Henderson, Tyler Osmond, Patrick Boyer, and Brennan Allen, four adventurers from Utah Valley, Utah, who make music for shouting into canyons, jumping into rivers, and getting married to the wide-open road. With a strong maturity in their songwriting, they conjure the majesty of the American pastoral landscape with strains of blues and Americana, and a ferocious delivery that elicits a powerful transcendence into psychedelic rock.

The Lonely Biscuits have created a unique and chilled out sound that has appealed to a wide array of people. As they say on their website: “We Make Phunky Phresh Music.”

Davidson’s sound crosses the line between the arresting vocals of Patty Griffin and the funky and sensual musical backdrop of Bill Withers. Her songs are passionate, honest and hopeful. 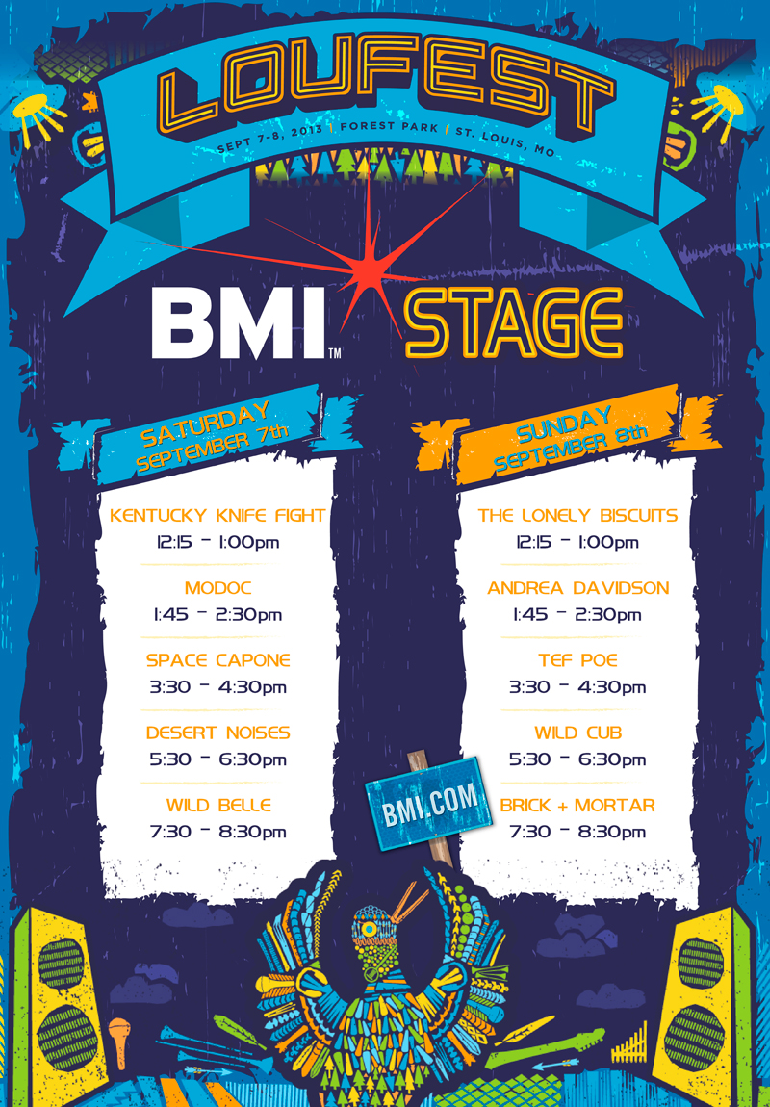