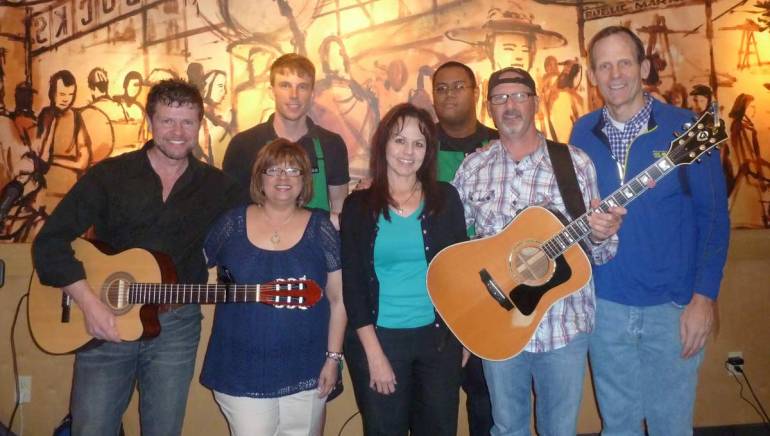 BMI partnered recently (4/30-5/2) with Starbucks to present the first annual Country Songwriter Series. Two award-winning Nashville songwriters performed shows at three San Antonio, Texas, area Starbucks. The purpose of the three-day event was to expose Starbucks customers to the Nashville tradition of songwriters performing their hits and telling the stories behind the songs, as well as to showcase the power of a live performance in driving traffic to a venue. GRAMMY nominated writers Billy Montana and Lee Thomas Miller were the featured songwriters and they performed many of the huge hits they have written for some of country music’s biggest artists, including Jamie Johnson’s “In Color,” “Sara Evans’ “Suds in the Bucket,” Garth Brooks’ “More than a Memory” and Trace Adkins’ “You’re Gonna Miss This.”