BMI is proud to be partnering with Starbucks to present a free and open to the public hit Songwriter Series at three Starbucks locations in San Antonio and Shavano Park, Texas. The series will run from Wednesday, April 30, 2014, through Friday, May 2, 2014, and feature live musical performances by award-winning BMI songwriters Billy Montana (“Suds in the Bucket” recorded by Sara Evans and “Hard to Love” by Lee Brice) and Lee Thomas Miller (“You’re Gonna Miss This” recorded by Trace Adkins and “In Color” by Jamie Johnson). In addition to the performances, Montana and Miller will be hosting a candid discussion about their songwriting journeys. Come listen and sip! Here’s the series schedule: 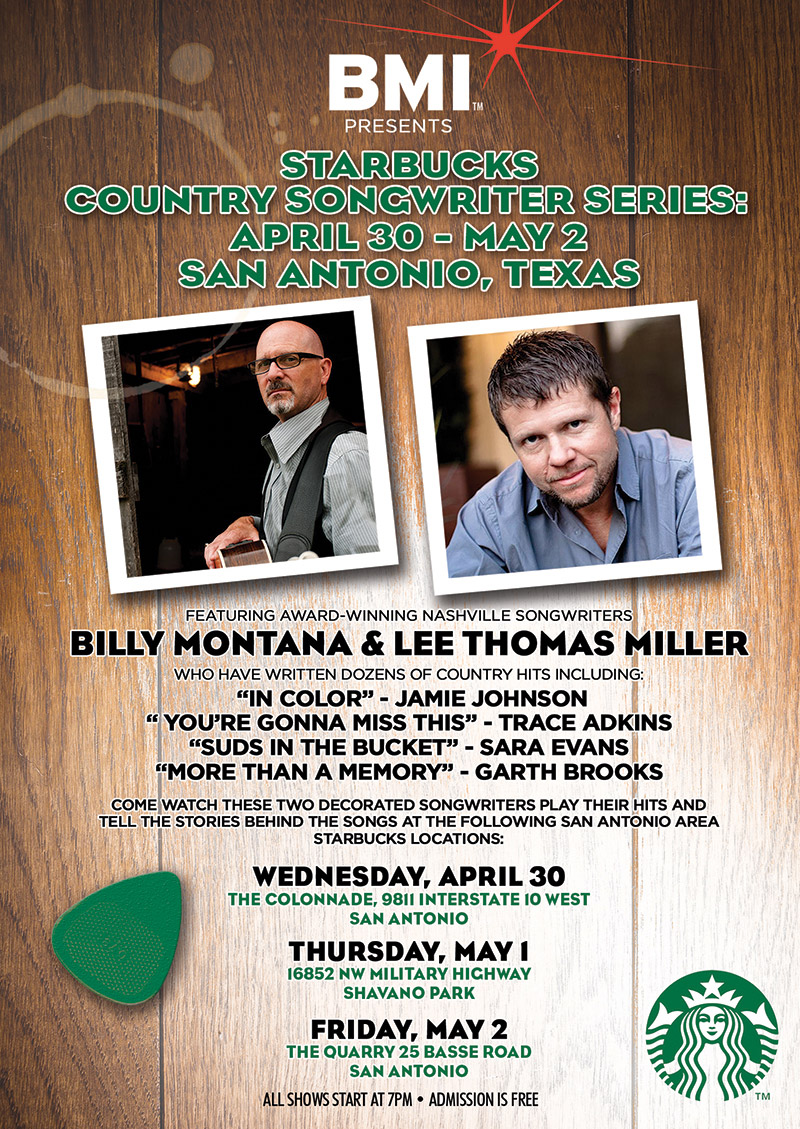