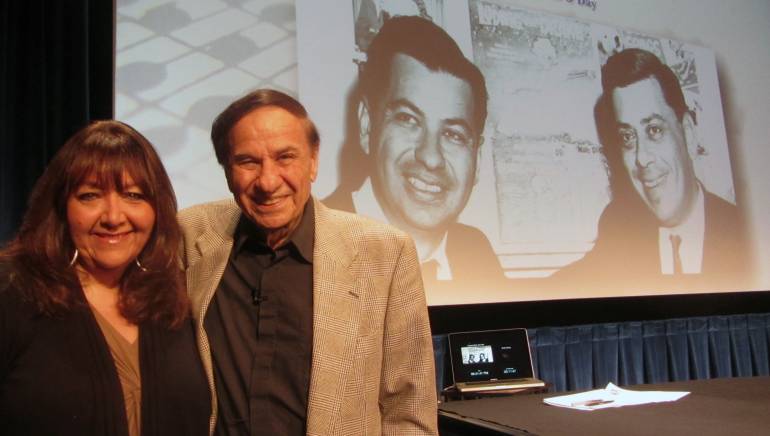 Broadcast Music, Inc. (BMI) and The Society of Composers and Lyricists (SCL) joined forces to present an intimate evening with legendary composer and lyricist Richard Sherman at The Paley in Beverly Hills on Wednesday October 3. During the gathering, Mr. Sherman told stories and offered a musical journey through his and his late brother Robert Sherman’s prolific career, which spans almost six decades.

Sherman elaborated on how he and his brother composed lyrics and music for more film songs than any other team in cinematic history. For generations, the Shermans created the soundtrack of childhood, including the most translated and performed song on earth, “It’s a Small World (After All).”

With a piano at his fingertips and recollections of his dear friend Walt Disney, Sherman performed a selection of his songs from the over 200 works he contributed to Disney films, which included the Academy Award-winning Disney masterpiece “Mary Poppins” score, “Chim Chim Chim Cher-Ree” along with a handful of selections from “Jungle Book,” “The Parent Trap,” “Summer Magic,” “The Happiest Millionaire,” “The Sword in the Stone” and “Winnie The Pooh,” to name a few.

Once the Sherman brothers’ extensive musical history with Disney had been covered, Sherman treated the audience to additional successful scores for “Chitty Chitty Bang Bang,” “Snoopy Come Home” and “Charlotte’s Web,” as well as piano solos for hit Broadway musicals such as “Over Here,” before moving into music and lyrics the brothers penned for screenplays “Tom Sawyer,” “Huckleberry Finn,” “The Magic of Lassie,” “The Slipper” and “The Rose,” to name a few.

Sherman concluded the evening with a trip back to Disney, delighting attendees with classics from the animated feature “The Tigger.”