BMI teamed up with the New York State Restaurant Association recently (11/23/15) to present a special night of live music at a legendary New York City venue known for its support of singer-songwriters for close to 40 years. The Cornelia Street Café in Greenwich Village was the site for “Nashville meets New York,” an evening of songwriters in the round that blended the talents of two hit BMI writers from Nashville with two folk artists who were part of the original line-up when the iconic venue opened its doors in 1977. Award-winning BMI songwriters Jeff Cohen and Dylan Altman came up from Nashville to treat the sold out audience to their own versions of the hits they have written for the likes of Jake Owen, Josh Groban, Jason Aldean and Evan and Jaron, accompanied by the stories behind the songs.

Cornelia Street Café owner and founder Robin Hirsch said about the event “We haven’t had a Monday night like this since John Oliver and cohorts from the Daily Show did stuff down here!  We do 700+ events a year, from poetry in 12 languages to music in as many genres, from Science (with more Nobel Laureates than congregate in Stockholm on the appointed day) to stilt walking, etc. But I always think of the defining character of the arts programming we have done here for almost 40 years as being the human voice. This event, which united two wonderful BMI artists from Nashville with two of our original Songwriters Exchange members from 1977, exemplified what is most precious about this history and these ongoing collaborations. Thank you to BMI for having the idea and helping to put it together.” 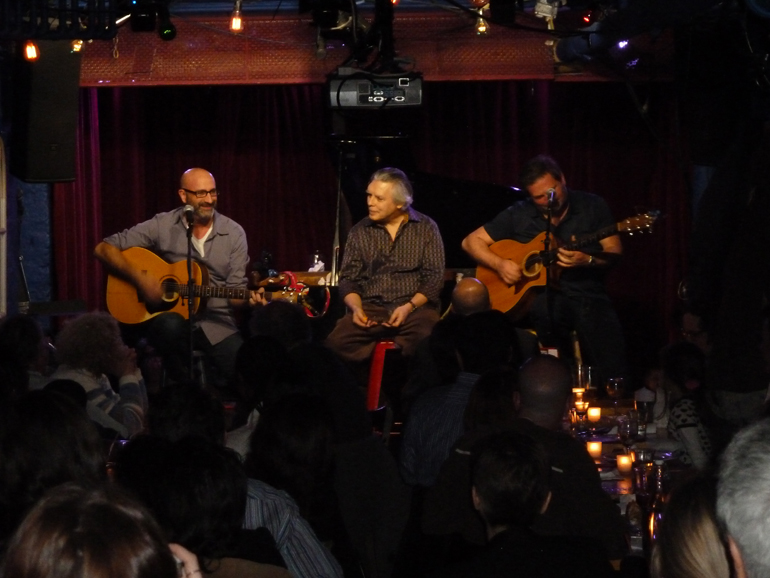 Performers command the stage of the Cornelia Street Café in NYC.