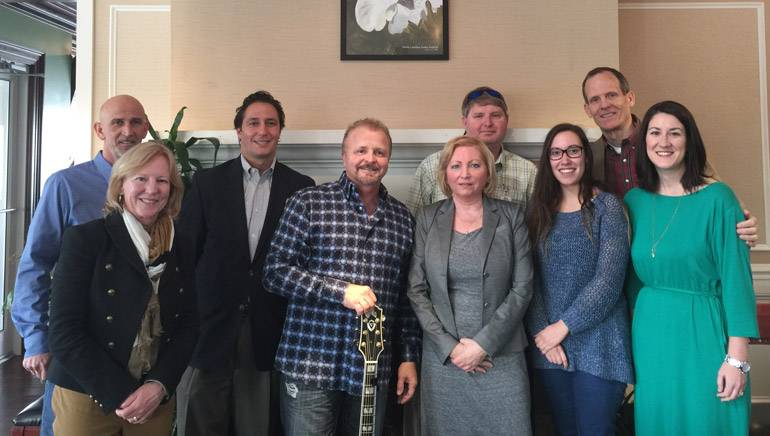 BMI partnered with the North Carolina Restaurant & Lodging Association recently (2/19/16) to present a special music licensing seminar aimed at educating restaurant and hotel executives in the Eastern Carolina region on the copyright law and how to legally perform music in their establishments. The afternoon session was held at Bluewater Grille in Wrightsville Beach, NC, a long time BMI customer, and featured an appearance by GRAMMY award winning BMI songwriter Frank Myers, who not only spoke to the group about the important role that their licensing fees play in helping him make a living, but also performed a few of his number 1 songs, including the Eddie Rabbitt-Crystal Gayle smash “Just You and I” and the mega hit “I Swea,r” recorded by both John Michael Montgomery and All 4 One.

The seminar is part of a series of workshops that BMI is sponsoring across the country and are intended to help educate restaurant and hotel operators on the legalities of playing music use in their venues.