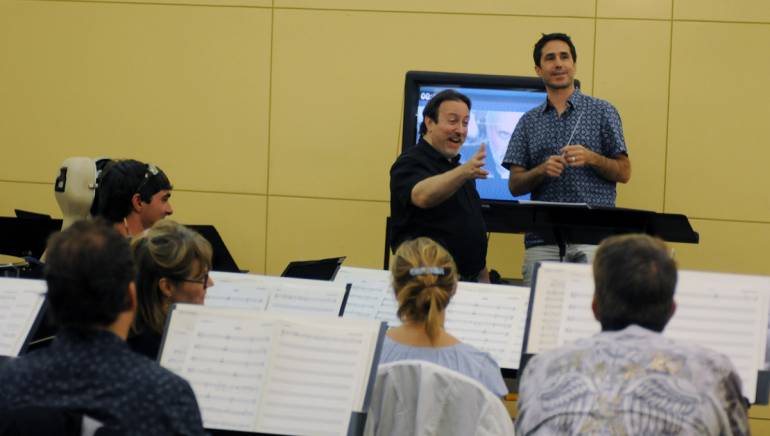 BMI presented the 15th annual Conducting for the Film Composer Workshop at its Los Angeles offices on July 31 and August 1; Musicians Union on August 4, 9 and 10; and East West Studios on August 12. Taught by BMI Classic Contribution Award winner, conductor and composer Lucas Richman, an elite group of BMI composers were selected to participate in the six-day workshop, during which they honed their conducting craft, from the fundamentals of multi-meter scores, to conducting to picture with a 32-piece orchestra.