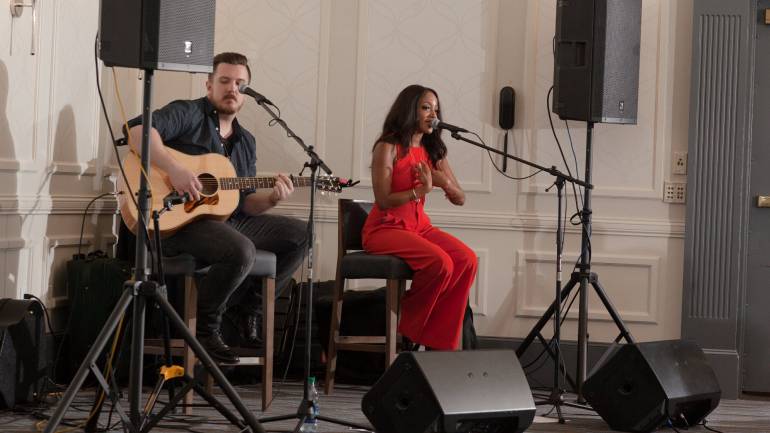 Guitarist Aaron Lagrone and Mickey Guyton during the performance.

BMI presented a special performance by Capitol Recording Artist Mickey Guyton at the 32nd Annual Hall Communications Awards Banquet held recently (6/4) at the Hilton Hotel in Mystic, CT. Guyton performed a number of songs including “Better Than You Left Me,” from her self-titled debut EP, as well as her newest single, “Heartbreak Song,” which was released to radio June 3. Nominated for her first Academy of Country Music Award for Best New Female Artist, Guyton has appeared on many “Who to Watch” lists in outlets including NPR, Billboard, Rolling Stone Country, Spotify, Yahoo! Music, Huffington Post, Mashable, Taste of Country and Nashville Lifestyles.

Hall Communications, Inc. is a family-owned company that operates 21 AM and FM radio stations in Florida, the Mid-Atlantic and New England states.