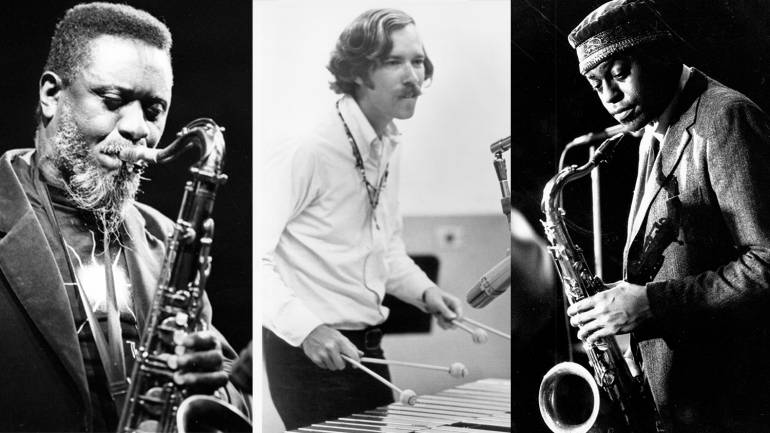 BMI is proud to congratulate its affiliates Gary Burton, Pharoah Sanders and Archie Shepp, who each will be deservedly honored as a 2016 Jazz Master by the National Endowment for the Arts on April 4 in Washington, DC. The NEA Jazz Masters award is the highest honor that the U.S. bestows on jazz musicians and includes a cash award of $25,000, as well as an award ceremony and free celebratory concert in tribute to the newly named Jazz Masters’ contributions to the art form.

Burton, who affiliated with BMI in 1965, is a vibraphonist, bandleader and educator and one of the first pioneers of jazz fusion in the late 1960s. In addition to his work as a musician, he has also been an ardent supporter and mentor to students at the prestigious Berklee College of Music in Boston. Archie Shepp is a saxophonist, composer and educator as well, focusing on the history of African-American music from its origins in Africa to its contemporary status. Having affiliated with BMI also in 1965, through SACEM, Shepp is best known for his unique style of free-form avant-garde jazz blended with African rhythms, as well as his collaborations with John Coltrane, Horace Parlan, Cecil Taylor, and the New York Contemporary Five ensemble. GRAMMY-winning Pharoah Sanders is also a renowned saxophonist and composer who became legendary for his “hard-edged lyricism” and distinctive sound marked by overblowing, harmonic, and multiphonic techniques. Performing in a variety of styles, from free to mainstream, Sanders has been with BMI since 1967.

Also being celebrated is the work of Executive Director of the Jazz Foundation of America, Wendy Oxenhorn, who is this year’s recipient of the A.B. Spellman NEA Jazz Masters Award for Jazz Advocacy, which is presented to an individual who has contributed significantly to the appreciation, knowledge, and advancement of jazz.

The free concert honoring the 2016 NEA Jazz Masters will take place at 8 PM on April 4, 2016, at the John F. Kennedy Center’s Concert Hall in Washington, DC. The event will also be live streamed on websites to be announced. In addition, from April 2-5, the celebration will also include moderated panel discussions and listening parties at NPR’s headquarters in DC, as well as educational opportunities for local students featuring some of the 2016 NEA Jazz Masters. For more information, click here. Congratulations to all!