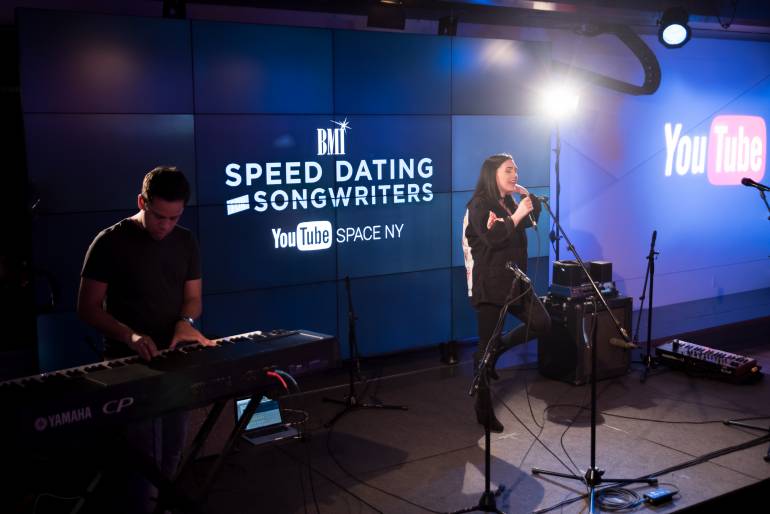 BMI first introduced the Speed Dating for Songwriters program to foster both creative collaboration and a greater sense of community among some of our most promising NYC-based songwriters, producers, and artists whose paths may not have otherwise crossed. It’s a unique initiative that has forged several bonds, friendships and fruitful working relationships among BMI’s network of songwriters in and around the Big Apple’s teeming music scene.

The concept is a pretty simple one. During the program, 12 to 15 participants meet, get acquainted and listen to each other’s music. From there, the songwriters form collaborative partnerships and solicit instant, constructive feedback from one another, all in a short amount of time. After the event, the songwriters are then split up in to groups of three or four and tasked with writing a song, which they will then perform six to eight weeks later in front of their peers and BMI’s writers/publisher team.

Encouragingly, over the course of its three-year history, Speed Dating for Songwriters has spawned some bona fide success stories. A perfect example would be BMI songwriter/producer Andrew Seltzer. Through the program, Seltzer was introduced to up-and-coming indie singer/songwriter Maggie Rogers and R&B singer Mickey Blue, both of whom he is has since collaborated with. The program also paved the way for BMI songwriter Mike Campbell. Through a contact he made at Speed Dating for Songwriters, Campbell was put in touch with pop siren Daya, and went on to co-write her Billboard chart-topping single, “Sit Still, Look Pretty.”

An exciting new development for the Speed Dating For Songwriters program has been a new collaboration with YouTube. Back in February, an executive from the video-sharing website attended a Speed Dating session at BMI’s New York offices, and provided an invaluable tutorial on how songwriters can maximize their fan-engagement and viewership on the platform. As a bonus, the resulting follow-up several weeks later was held at YouTube’s performance space in Chelsea Market in New York City. The performances were all filmed in front of a live audience for each of the songwriters to share on their respective YouTube channels. Check out these photos from the event, and visit BMI.com for more information on the Speed Dating for Songwriters program.