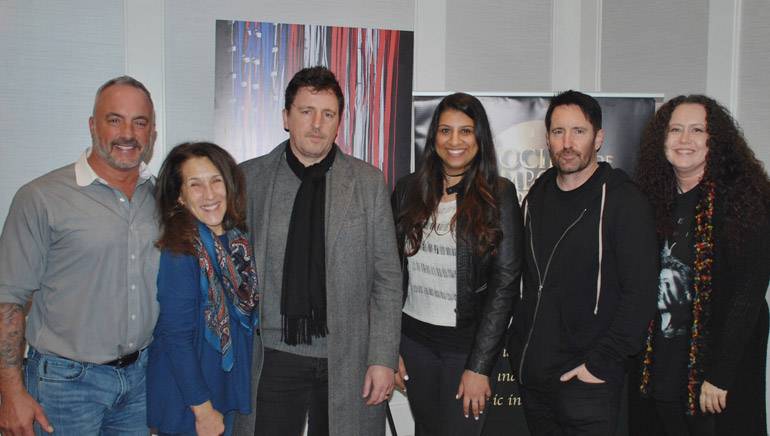 BMI composer Atticus Ross, along with co-composer Trent Reznor, provided compelling insights into the various instrumental techniques they employed for writing the score to what is turning out to be a blockbuster film, Patriots Day, at the Society of Composers and Lyricists’ screening of the movie on January 6 in West Hollywood. The film is a riveting account of the horrific Boston Marathon bombing, the intense aftermath, and the community’s courage in the face of such adversity. Starring Mark Wahlberg, Kevin Bacon, John Goodman, J.K. Simmons and Michelle Monaghan, the edge-of-your-seat thriller celebrates the average citizens who became extraordinary heroes while exploring the untold story behind the hunt and capture of the bombers before they could carry out a second attack in New York City. Don’t miss this film!

As long-time collaborators who have found critical acclaim with an Oscar, Golden Globe and a GRAMMY, Ross and Reznor also recently scored the National Geographic documentary Before the Flood, which was released in late October 2016.