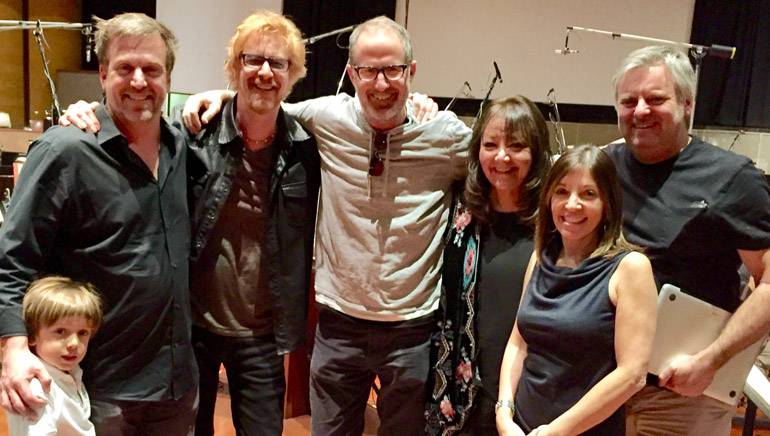 BMI proudly attended a scoring session at the Eastwood Scoring Stage on the Warner Bros lot in LA for Lyle Workman’s score to the remake of Overboard. The new film is a twist on the 1987 original, which was scored by BMI composer Alan Silvestri, with a reversal of the leading roles. The new story, with a release date of April 20, focuses on a spoiled playboy (played by Eugenio Derbez) who falls off his yacht and is convinced by a working-class woman (played by Anna Faris) that he’s her husband. Workman, who in addition to being a composer is a gifted guitarist, has also created music for Superbad, The 40 Year Old Virgin, Forgetting Sarah Marshall, The Incredible Burt Wonderstone, Win Win, 21 And Over, Yes Man, American Reunion and Stand Up Guys.