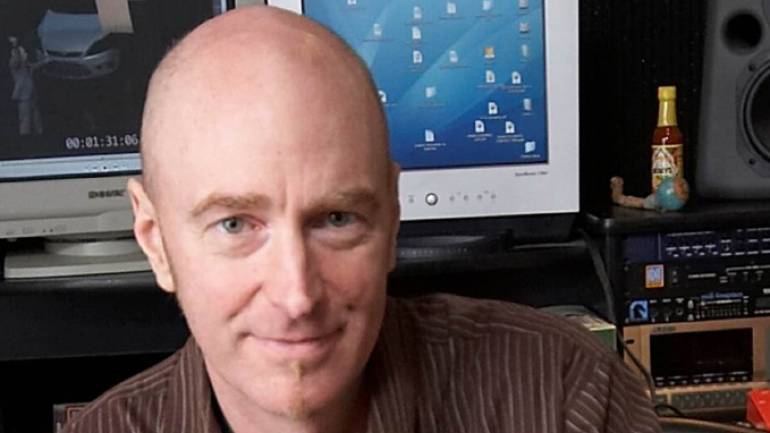 BMI affiliate Craig Richey’s original holiday songs both entertain us and deeply touch the emotions we all struggle with beneath the cheer of the season. This December, BMI is proud to sponsor a special holiday concert where a lucky few will hear firsthand the insightful music of this talented writer, with proceeds benefitting the Project Angel Food fundraiser/toy drive. The show will take place at 7:00 PM Sunday, December 18, at The Hotel Café, 1623 N. Cahuenga Blvd in Los Angeles. Tickets are $15 + an unwrapped gift for a child 0-18 yrs. Doors open 6:30 / 21+.

In addition to the music for this annual show, which has become a staple for the holidays in Los Angeles, Richey has scored numerous independent films, including Lovely & Amazing, Friends With Money, Wonderful World, Girl On A Bicycle, and most recently No Pay, Nudity, starring Gabriel Byrne and Nathan Lane, which opened November 11 and received stellar reviews in Deadline Hollywood, The Hollywood Reporter and the LA Times. Noteworthy documentaries with music by Richey include King of Kong: A Fistful of Quarters, The September Issue and The World According to Dick Cheney.

BMI recently caught up with Richey to ask him a few questions about his upcoming concert. Here’s what he had to say.

What inspired you to write Christmas songs?

It actually was very random. Twenty years ago living in NYC, around the New Year, I was walking down 8th Avenue and saw a little Christmas tree lying in the gutter. It was partially covered with dirty, exhaust-ridden snow, little shreds of tinsel hanging on to the dry, browning pine needles. A far cry from its former glory, it looked so sad. After bringing its life, light, hope and promise into someone’s home, it seemed unfair for it to just be tossed in the gutter. And as I stood there looking at it, a little melody and lyric popped into my head, already fully formed: ‘Little Christmas tree, lying in the street, all your branches full of snow, are you wondering, little evergreen, if you’ll ever get back home?’ And from that moment ‘til now, the songs have never stopped coming. This muse mysteriously found me, and has remained an open channel ever since.

How did the annual concert come to be and why did you decide to make it a charitable event?

As the next holiday season approached, I knew I wanted to present an evening of all the songs I had been writing. One of the songs was called Mother & Child, and in the spirit of that celebration of birth, I decided I wanted to do something to help women and children. So I found an organization in NYC called The Women’s Prison Association whose mission it was to reunite formerly incarcerated women with their children - often a very difficult thing to accomplish. I called and asked if they would be interested in having toys donated to help these women bring Christmas to their kids, and they were elated. So that is where the ritual of getting the audience to bring toys began. I will never forget renting a van and driving all the toys we’d gathered over to the shelter, and how deeply moving it was to help someone so directly. The looks on their faces, their gratitude…and when I got back in the empty van after unloading everything, I sobbed. I really felt like I was playing Santa Claus. And the ‘Christmas Spirit’, which had been fairly dormant since childhood, returned in full force. Since moving to LA, we’ve been donating to Project Angel Food’s Toy Drive which collects and delivers gifts to children affected by HIV.

The lyrics span so many different aspects of the winter holidays, from the Buddhist-inspired “Two Crows” to the funny and irreverent “Dude, It’s Christmas,” the haunting “Waiting for The Melting Snow” or “I Still Believe in Santa Claus.” Where does this wide array of stories come from? Why do the winter holidays hold so much inspiration for you?

I think for me, beyond the part of all this that I felt I did not consciously choose, it is my reclaiming and reinterpretation of the holidays. And I am told this is how it feels as an audience member, which is humbling. Music always has the power to connect us to spirit. And I feel the universal aspects of the winter holidays are in short supply, not only during the season, but always: love, light, sharing and giving, coming together as a community. I think I long for all of these things and this is such a direct way for me to create this for myself and bring some sort of meaningful ritual back into my life. So everything about it inspires me: all the traditional images of Christmas, the nativity, the reverence in the presence of a newborn child (which is the birthright of all newborns), a spinning dreidel, the light of a bright star, the enduring evergreen shimmering with twinkling lights, candy canes, bonfires, reindeer, pagan rituals, and so forth. And then there is so much humor: I love making fun of all the horrible behavior during the holidays: stressed-out shoppers, drivers on the freeway, people in lines; and then there’s the crazy redneck relatives – distant cousins, aunts and uncles - who I only ever saw on holidays and couldn’t fathom I was related to. (And I adore them).