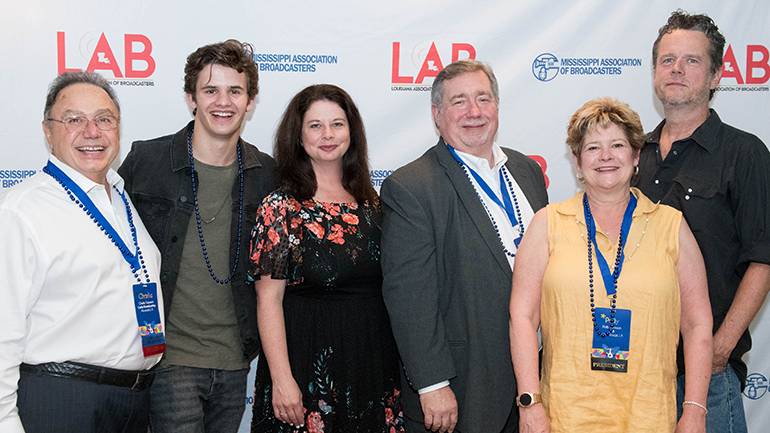 BMI provided the closing entertainment for the Louisiana and Mississippi Broadcasters Associations at their joint annual convention held recently (5/30/19) at the Hotel Monteleone in New Orleans. BMI songwriters and Louisiana natives, Jim McCormick and Payton Smith, entertained a room of radio and TV executives from across both states. Three-time GRAMMY-nominated and multi-platinum lyricist, Jim McCormick performed his two celebrated #1 hits: Jason Aldean’s “Take a Little Ride,” and Brantley Gilbert’s “You Don’t Know Her Like I Do,” along with Harry Connick Jr.’s “I Do Like We Don’t.” McCormick is staff a songwriter at BMG Music Publishing and a faculty member in the film and music industry studies program at Loyola University, where he teaches the craft and business of songwriting. Payton Smith, a Houma, Louisiana native, wowed the audience with his vocal and guitar skills, performing songs from his upcoming debut album on BMLG. Payton’s first single is expected to hit radio in the fall.