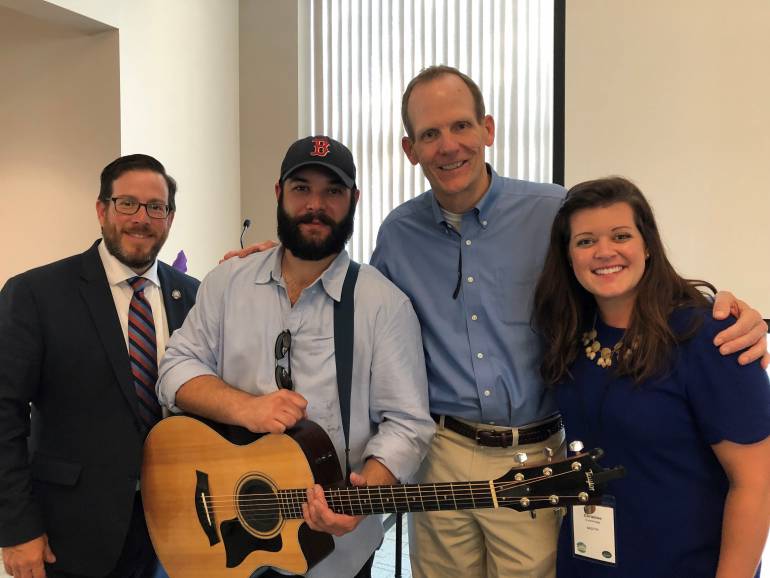 BMI joined forces with the Retail Association of Maine and the Maine Grocers & Food Producers Association by providing the musical entertainment at The Summit, an annual event held recently (10/10) in New Gloucester that brought together Maine’s retailers and grocers for a full day of education and industry updates. BMI songwriter and Season 3 contestant on NBC’s The Voice Sam James performed a set of his own original music at The Summit’s closing reception. James, a New England native, is a songwriter with BMG Publishing and spends most of his time in Nashville writing with some of country music’s top writers. He previously was signed to Columbia Records and spent several years in Los Angeles collaborating with artists like Bebe Rexha.