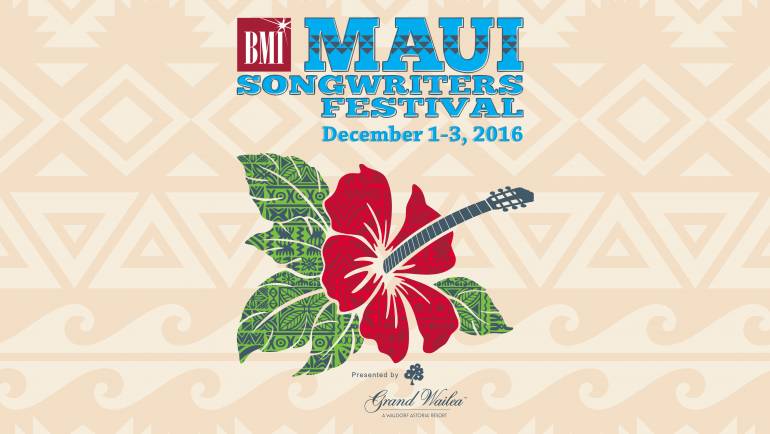 The second annual BMI Maui Songwriters Festival, set for December 1-3, 2016, in its Hawaiian island namesake, will combine local vibes and international acclaim in a one-of-a-kind celebration of waves, sand and song.

“We are excited to return and bring a diverse lineup ranging from top country to top pop/rock acts,” says Mason Hunter, Executive Director, Events and Strategic Partnerships. “We love the island of Maui and the hospitality and look forward to contributing to a good cause!” 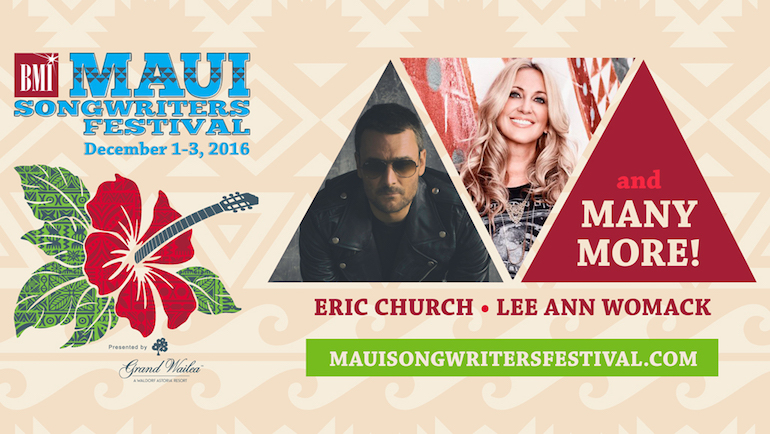 Hosted by Storme Warren, shows will fill choice island venues including Mulligans on the Blue, the Maui Arts and Cultural Center, and the Grand Wailea, a Waldorf Astoria Resort. Nashville’s signature in-the-round acoustic song-swaps will take listeners deep into the stories behind beloved hits, as the festival revolves around unforgettable live music experiences.

To top it all off, the beachy sing-alongs will help fuel noble causes: the gathering will benefit key organizations including Dorvin and Betty Leis Charities, Inc., the Maui Arts and Cultural Center and the BMI Foundation, which is dedicated to encouraging the creation, performance, and study of music through awards, scholarships, grants, and commissions.

The second annual BMI Maui Songwriters Festival is presented by Grand Wailea, A Waldorf Astoria property, which is offering special rates to attendees. The festival is sponsored by Smokin’ Tuna Saloon, HD Radio, SunTrust Bank and Texas Roadhouse, with official transportation provided by SpeediShuttle. Tickets are available at www.mauisongwritersfestival.com and include general admission and VIP ticket packages.