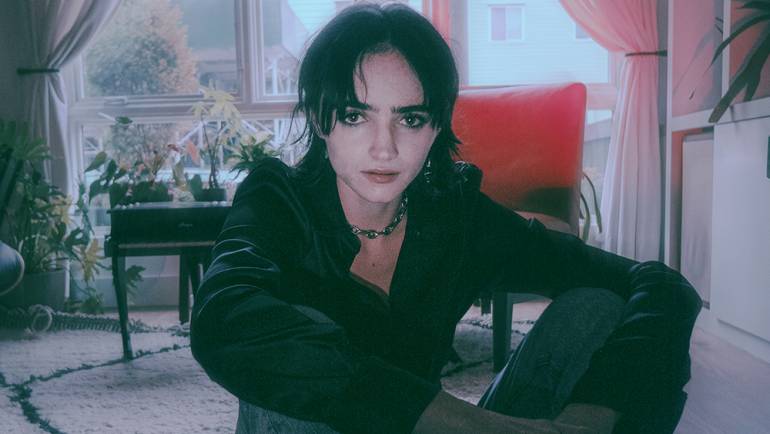 “Chloe” is the name Dana Foote’s mother almost gave her when she was born. It’s the name of an irreverent character on her favorite TV show, Don’t Trust the B**** in Apartment 23, and it’s also the name she used to give to strangers in bars. The omnipresence of “Chloe” in Foote’s life led to the genesis of her band, Sir Chloe, which she formed during her senior year at Bennington College in Vermont when she opted to put on a concert in lieu of a thesis. Together with her brother and drummer, Palmer Foote, guitarist and producer, Teddy O’Mara, and bassist Austin Holmes, the band developed a sound that is as inspired by Bikini Kill as it is Stravinsky. Foote got into music by playing the flute and trumpet in her middle school’s band, going on to learn guitar, piano, mandolin, accordion, and the harmonium before a college course detailing the practice of composers’ wives ghostwriting for their husbands “set a fire” under her. She draws continued inspiration from contemporary songwriters like Mitski, Lianne La Havas, and Andy Shauf, and from her academic discoveries like Sofia Gubaidulina, Claude Debussy, and Béla Bartók. The first song ever written for Sir Chloe is “Animal,” which was included on the band’s 2020 album, Party Favors. Other fan favorite songs include “Michelle,” Too Close,” and “Walk You Home.” On her songwriting process, Foote sums it up by saying, “I enjoy the philosophy of turning pain into strength and turning pain into a positive, proactive call to action.” Sir Chloe’s most recent single, “Fever Brain (Terrible Version),” was released in December.