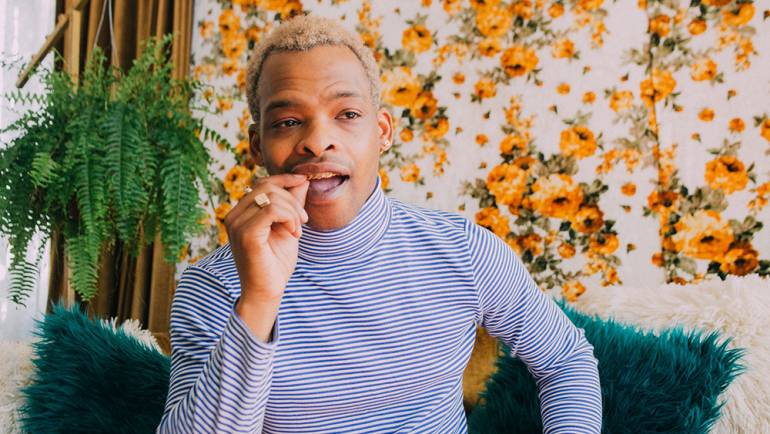 Sherwyn is an artist and producer putting his own spin on funk and rock and roll. The Nashville-bred, Los Angeles-based talent has produced for artists like Mac Miller, Duckwrth, HONNE, and Teddy Swims, and is now stepping into the spotlight as a solo artist with an undeniable flair. So far, he has amassed over 21K monthly listeners on Spotify and is igniting playlists with his first three solo tracks: “Starf*cker,” “What,” and “My Mind.” Sherwyn’s sound is a hybrid of indie-pop, new wave, and funk, and he draws inspiration from legends like David Byrne, Keith Haring, Andre 3000, and Bootsy Collins. Sherwyn is currently in the studio preparing new music for release later this year.