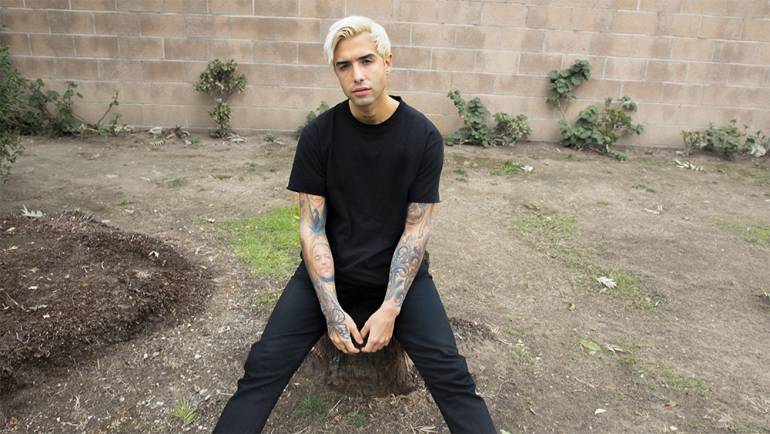 Ryan Caraveo is a Los Angeles-based singer/songwriter, but his roots are in Seattle, where he spent his formative years building a name for himself. With a studio set up in his bedroom, he began recording lyrics and beats, designing his own artwork, and marketing himself to his peers—all before he was 15. His reputation has been carved out of a blank slate, creating real fans, establishing longevity and loyalty, and gradually packing out bigger and bigger rooms while racking up over 700 million streams and selling out his own headlining tours. Caraveo’s music is inspired by Young Jeezy, Tycho, Dilated Peoples, Linkin Park, and his own tumultuous childhood; those influences can be heard on his songs like “Paradise,” “Ghost,” and “Peanut Butter Waffles.” Through hard work and vulnerability about his mental health, he remains steadfast in his desire to tell honest stories about his life: “I want young people to know that being soft doesn’t make you weak,” he says. Caraveo’s newest release, “Ricochet,” dropped on March 5.