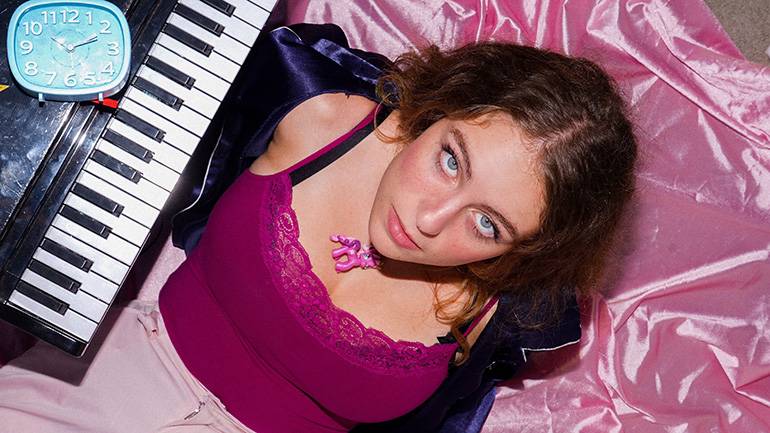 Kinneret (kee-NAIR-it), a Hebraic word for “harp,” is Kinneret Klein’s birth name. Following her namesake, Kinneret has been playing music since the age of nine. In high school, she began writing and producing her own songs as she took music technology, production, and theory classes, and two years ago, at the age of sixteen, Kinneret released “No Wind Resistance!” as a single, paired with a music video that she’d planned and directed. With less than 100 monthly listeners, Kinneret fervently promoted her music, and it paid off: 15 months after its release, “No Wind Resistance!” exploded across the internet and fans flooded into Kinneret’s world, falling in love with her prolific tapestry of expression. Since then, she has consistently produced new music and content, catering to her loyal community. When describing her fanbase and genre of music, Kinneret shares, “My music doesn’t have one specific sound; that’s why so many different types of people listen. One time someone called it ‘Psychedelic Space-Cowgirl Hip-Hop’ and that made me smile.” Kinneret’s most recent single, “Drew You a Picture” was released April 22nd.