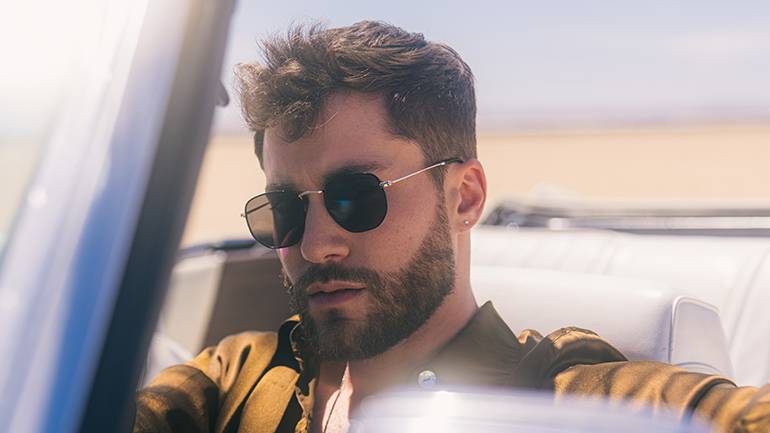 A Chicago transplant who now calls LA home, JORDY cites pop artists like The Spice Girls, Michelle Branch, Avril Lavigne as influences, as well as current peers like Troye Sivan and Lauv. In his bouncy, effervescent music, he’s not afraid to speak openly about love and longing, and listeners found his relationship-focused music to be a balm during Covid times. His song “Long Distance,” which chronicles the experience of living apart during the pandemic (“I think that I would rather be distant with you, than feel distant with someone who is standing in front of me”), went viral on TikTok in 2021, and he also performed it on The TODAY Show. He released Mind Games, his debut, in November 2021, and Melodic Magazine called it “pop perfection.” His relatability is no accident; as he shared in a recent radio interview, “I want people to feel like I’m sitting next to them, having a conversation with them and making them feel safe and warm.” With 50 million career streams, an iHeartRadio Music Awards “Social Star” nomination and plans to perform at Lollapalooza this summer as part of his Mind Games tour, it sounds like he’s more than succeeded.