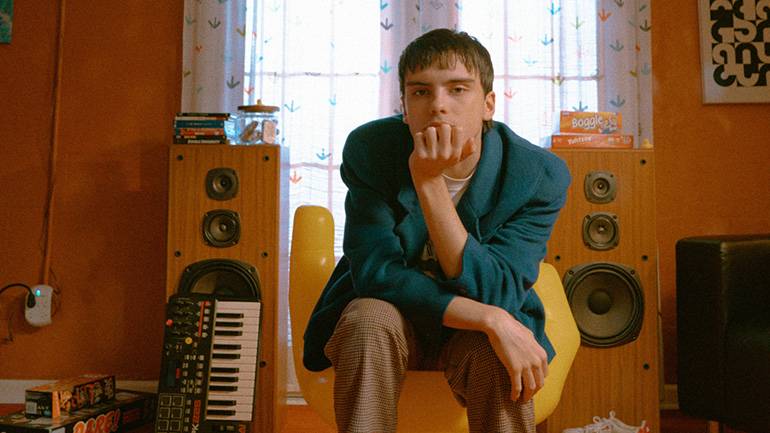 Huron John is a self-taught songwriter, producer, and visual artist hailing from Chicago. Born John Wallace Conradi, the 21-year-old strives for a direct and personal connection to his audience via a hands-on approach to all creative aspects of his work. Fusing a wide range of influences from artists he idolized growing up such as Daft Punk, Mac Miller, and The Smashing Pumpkins, John’s mix of sonic flavors is something new for the internet age of music listeners. From his basement studio, John has amassed over 12 million streams worldwide, many from his last album, Apocalypse Wow, which earned him the cover of Spotify’s coveted Lorem playlist and placements on New Music Friday, Bedroom Pop, and POLLEN, to name a few. Apocalypse Wow also captured the attention of tastemakers like Lyrical Lemonade, EARMILK, Coup De Maine, and a feature on the Spotify for Artists homepage. Beyond his music, John’s creativity has allowed him to start blazing the path for the rest of his goals, including the creation of Always Outside Creative Arts (AOCA), a label, creative house, and place of mentorship for other DIY artists. John’s self-designed and self-published magazine, Apocalypse Wow: Journal Book 1 is the first in what he hopes will be a magazine to accompany every album, and he is in the process of expanding his creative team and clothing line. John’s latest album, cartoon therapy, dropped on June 2.