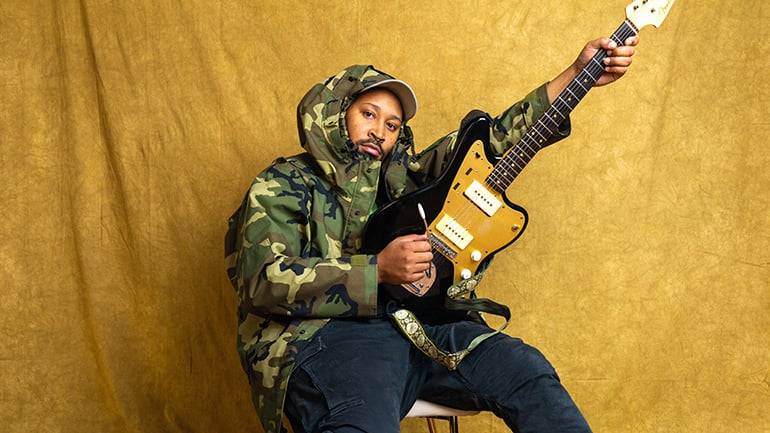 Bartees Strange had a unique upbringing that saw him travel the world (England, Germany, Greenland) with his opera singer mother and military father before landing in Mustang, OK around his 12th birthday. Though he was a formally trained vocalist, his teenage years were spent fixated on the blooming hardcore emo scene of the Midwest and deep South, and he counts bands like At the Drive In, Norma Jean, MeWithoutYou, Cap n Jazz, Bright Eyes, and American Football as inspiration. Strange eventually learned to play guitar, and in middle school, he began producing music for friends out of a small studio he pieced together himself. AOL Instant Messenger allowed him to connect to old friends in the UK who brought him up to speed on a new world of sound led by acts such as Bloc Party, Burial, Robyn, and Skream, and post-college, he spent time in the indie music scene of Brooklyn, learning about lyrical intrigue and textual brilliance. Now with favorites like Bon Iver, TV on the Radio, Frank Ocean, James Blake, Japanese Breakfast, and The National informing his musical sensibilities, Strange is emerging as his own artist with fan favorites like “Boomer,” “Wretched,” and “Heavy Heart,” all of which dropped earlier this year.