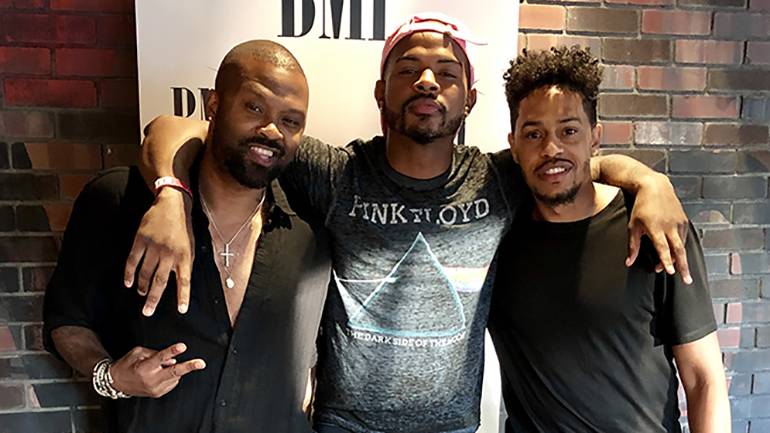 (L-R) BMI’s Wardell Malloy, Trevor Jackson, and BMI’s Cee Barrett pose for a photo during the Summer Mixer on July 23, at Live Nation in Beverly Hills.

BMI and Live Nation hosted a Summer Mixer for breakout artists Trevor Jackson, Ceraadi and Ghoss on Tuesday, July 23, in Beverly Hills. The intimate venue was the perfect setting for the performers and allowed attendees to mingle and network in a creative environment. Fans enjoyed live sets by the R&B duo Ceraadi, who wowed the crowd with their latest single “Loyal” and the up-tempo bop “Kung Pao.” Trevor Jackson made the audience swoon with his performance of “Right Now” and “Puddles,” while the group Ghoss delivered a fun and energetic set that featured their single “Cut Up.”