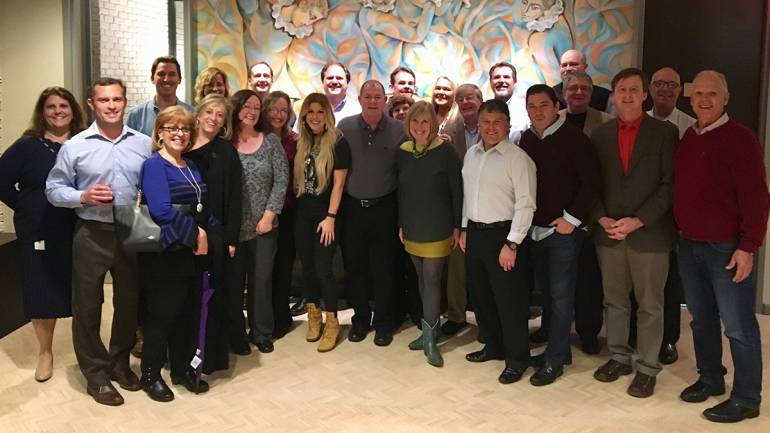 After her performance, BMI singer-songwriter Lindsay Ell gathered with BMI team members Teresa Stafford-Scherer and Spencer Nohe for a photo with the IPMA board.

BMI hosted a private reception for the Board of the International Planned Music Association (IPMA) at the Company’s Nashville office on February 6th, where the group was treated to a special performance by BMI singer-songwriter Lindsay Ell. In the last year, Ell opened for Brad Paisley’s Weekend Warrior World Tour, Sugarland’s Still The Same Tour and Keith Urban’s Graffiti U World Tour. Her first full-length album The Project debuted at No. 1 on the Country Album Sales Chart, and was named Billboard’s “Best Country Album of 2017.”