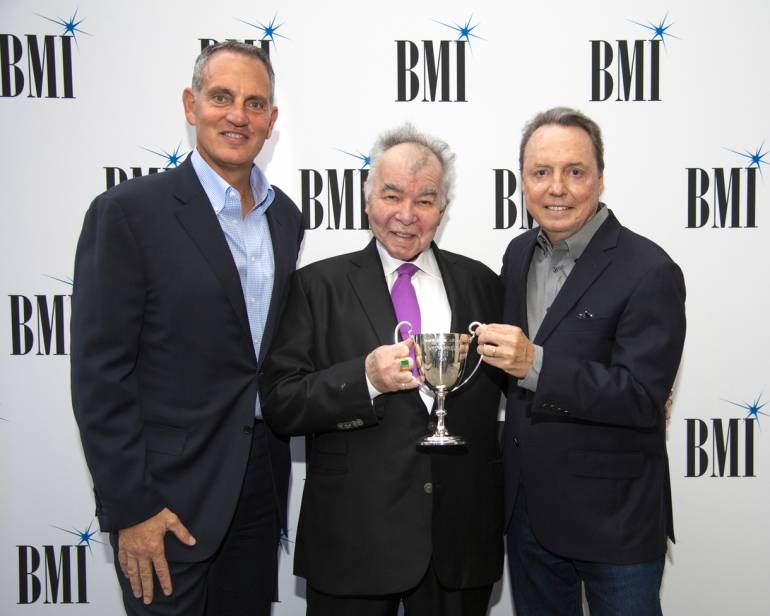 “The Troubadour Award is BMI’s way to honor and celebrate the greatest singer-songwriters we represent,“ said Jody Williams, VP, Creative, Nashville. “The recipient should have a body of work that has not only stood the test of time…it must have influenced and inspired generations of songwriters who came after. And when the recipient is still creating new music, recording and touring to support it, they truly stand as beacons to the greater songwriting community. This is the reason why John Prine is a BMI Troubadour.”

In the musical tribute to Prine, who is only the second artist to receive the BMI Troubadour Award, Kacey Musgraves and her accomplished band performed “I Just Want to Dance With You,“ which was a hit for George Strait in 1998; Brandy Clark gave a rendition of “Speed of the Sound of Loneliness;” Gillian Welch and David Rawlings performed “It’s A Big Old Goofy World;” Brandi Carlile moved the crowd with her version of “Angel From Montgomery;” and Robert Earl Keen, the previous recipient of the BMI Troubadour Award, performed the haunting “Hello In There.”

As the evening continued, renowned music journalist, producer, writer and Senior Director of the Country Music Hall of Fame and Museum, Peter Cooper, guided the evening through the impact and importance of Prine’s songwriting skill. “I can stand here and talk about John Prine by mentioning GRAMMY awards, or lifetime achievement prizes. Or his grand success as an independent record label owner who took Oh Boy!, competed with the big boys and won,” said Cooper. “Or I can quote Bob Dylan, who said, “Prine’s stuff is pure Proustian existentialism … mid-western mind trips to the nth degree.”

In commemoration of the occasion, Martin Guitars presented Prine with a custom 0000-18 guitar made of Sinker Mahogany, which is old growth mahogany, cut between 1880 and the early 1920s in Belize and no longer available on trees cut today. To obtain it, one has to recover logs that have sunk to the bottom of a river, which is exactly what Martin did. The new addition to Prine’s collection includes a label inside the guitar marking this special occasion. Martin has a long-standing relationship with Prine and recently released a signature John Prine model in 2018.