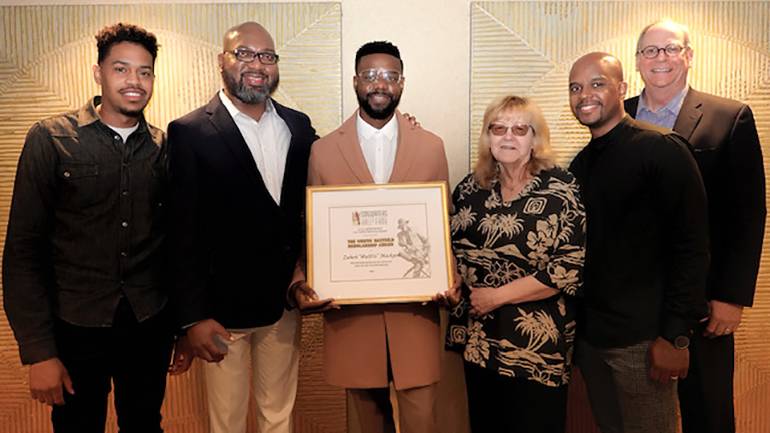 BMI is proud to congratulate versatile singer/songwriter/producer Zuberi “@uD!o” Mackson for earning the 2019 Curtis Mayfield Scholarship Award from the Songwriters Hall of Fame. Originally from Lakewood, New Jersey, this up-and-coming music creator first started defining his vocation at Five Towns Music College in Dix Hills, New York, delving deeply into production, songwriting and collaboration. From there he traveled to the UK to attend the Chris Difford Songwriting Retreat, branching out to work with fellow songwriters from all over England. Since then, Mackson has gone on to work with names like Slim (112) and John Bellion, and had his music used in television placements on BET, CBS and others.

Designed to recognize and reward promising singer/songwriters whose work mirrors the inspiration, spirit and soul of the legendary songwriter its named after, The Curtis Mayfield Scholarship Award is a prestigious accolade and BMI salutes Zuberi “@uD!o” Mackson for achieving this milestone.