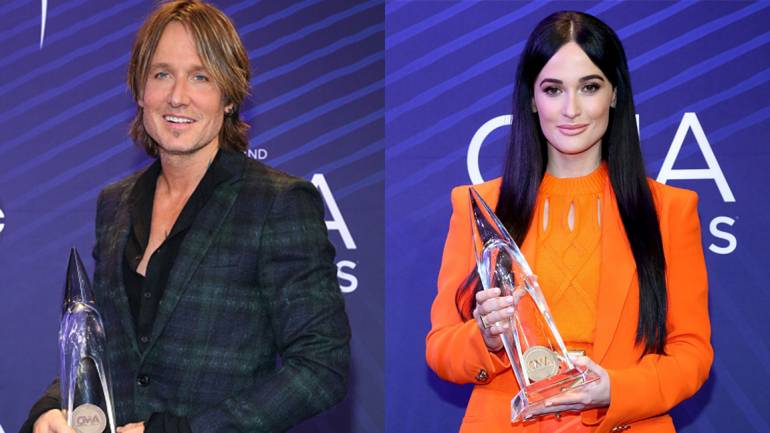 BMI is so proud to congratulate our affiliates who took home prestigious CMA trophies in nearly every category last night, including Kacey Musgraves (Album of the Year), Keith Urban (Entertainer of the Year), Carrie Underwood (Female Vocalist of the Year) and Luke Combs (New Artist of the Year). The ceremony, which was co-hosted by megastar Carrie Underwood, also included electrifying performances by these winners and other superstars including Thomas Rhett, Luke Bryan, Kenny Chesney, Florida Georgia Line, Bebe Rehxa, Miranda Lambert, Jason Aldean, Maren Morris and others, who all lit up the stage in Nashville, each in their own unique way.

Kudos to all who won, were nominated, and participated to make country’s biggest night a success. Here’s the complete list of BMI winners.

Entertainer of the Year
Keith Urban

Music Video of the Year
“Marry Me,” Thomas Rhett

Musician of the Year
Mac McAnally