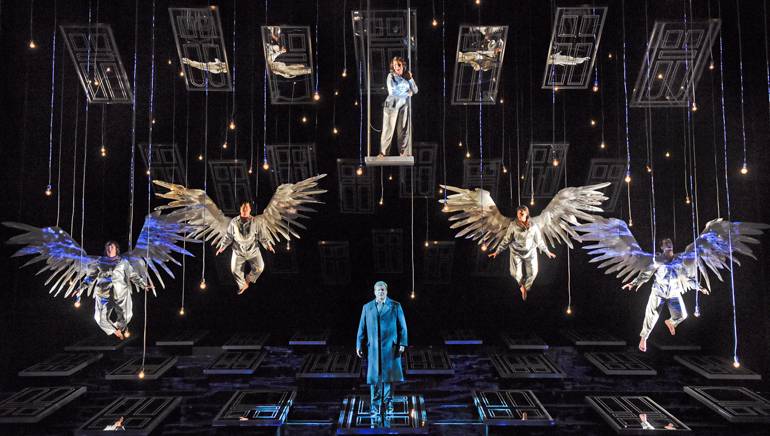 When the Houston Grand Opera performed the world premiere of It’s a Wonderful Life, the audience, as well as BMI’s Doreen Ringer-Ross, ardently applauded BMI composer Jake Heggie and librettist Gene Scheer’s operatic adaptation of the beloved story. The two act opera, which is a different take on Philip Van Doren Stern’s 1943 short story “The Greatest Gift,” which the classic film is also based on, was so well received that it will be presented again next year by the San Francisco Opera, possibly paving the way for it, too, to become a holiday tradition. The new adaptation adds to the already impressive resume of Heggie, whose other credits include Dead Man Walking, Great Scott, and Moby Dick, which was also a successful collaboration with Scheer.