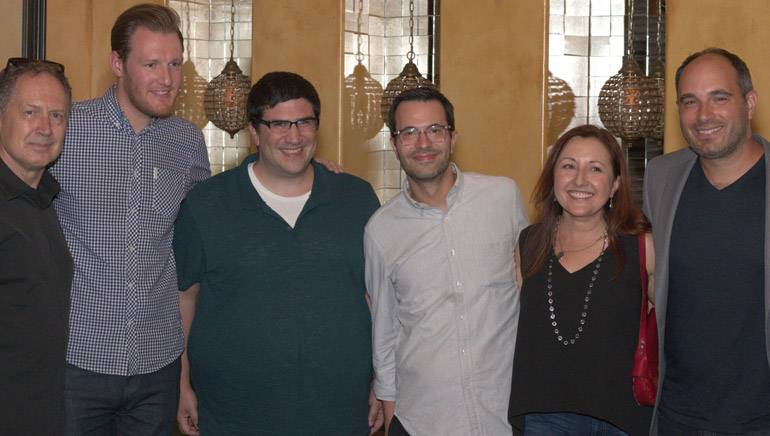 The Once Upon a Time record release party, hosted by ABC Studios and Mark Isham, celebrated the Emmy nominations for BMI composers Mark Isham, Cindy O’Connor and Michael Simon on August 16, at Bardot in Hollywood. Isham, O’Connor, and Simon are all nominated for Outstanding Composition for a Series, for their musical works in the ABC drama Once Upon a Time. Mark Isham is an Emmy award-winning composer, previously taking the trophy for his work on EZ Streets in 1997. Cindy O’Connor is also known for her works in The Black Dahlia, Crash, and Forgiving the Franklins. Michael Simon has previously worked on Mechanic: Resurrection and the hit romantic film The Longest Ride. During the celebration, Isham, O’Connor and Simon were presented with a plaque from the American Federation of Musicians in gratitude of their dedication and commitment to keeping live orchestras in television for 155 episodes of Once Upon a Time.