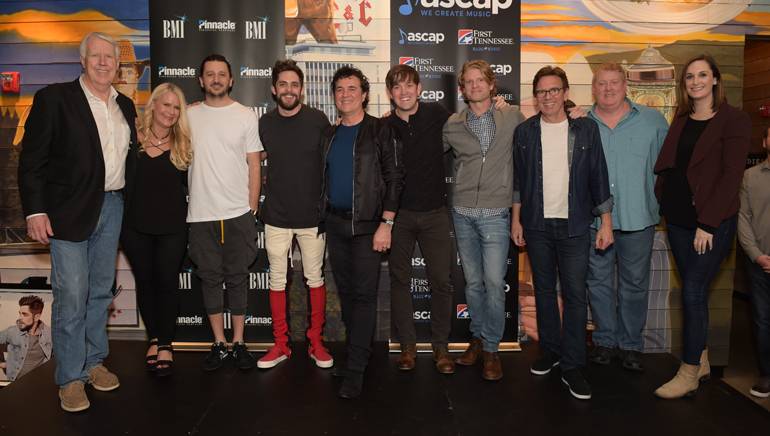 ACM Male Vocalist of the Year Thomas Rhett commemorated his eighth and ninth career No. 1 hits yesterday as he gathered with friends and family to celebrate his latest chart-toppers. The party, hosted by BMI and ASCAP, was held at Von Elrod’s in Nashville and honored the platinum-selling “Craving You” and GOLD-certified “Unforgettable.” Alongside “Craving You” songwriters Dave Barnes and Julian Bunetta, as well as “Unforgettable” songwriters Ashley Gorley, Shane McAnally and Jesse Frasure, Rhett was also surprised with a plaque to commemorate LIFE CHANGES (The Valory Music Co.) earning RIAA Gold Certification for achieving 500,000 units sold less than six months after its release. 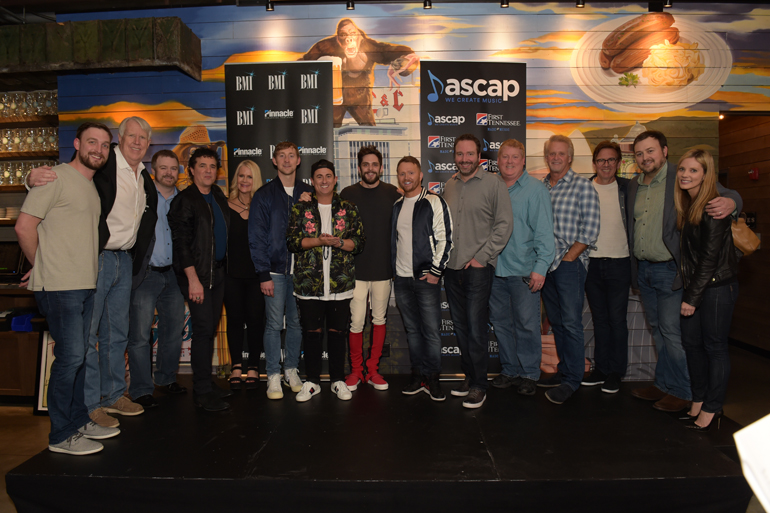