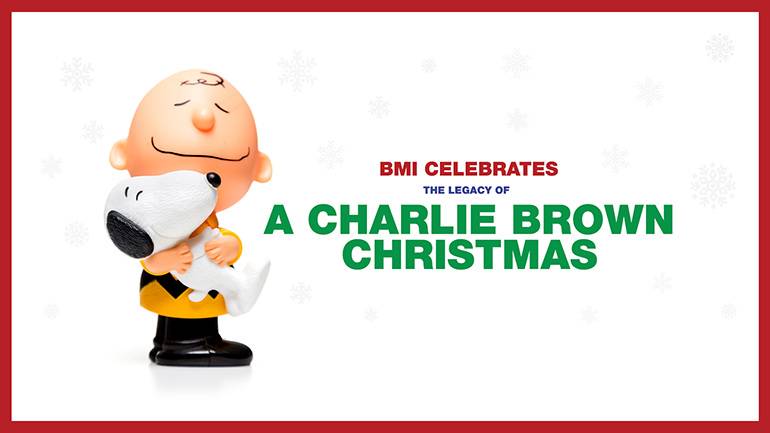 BMI is proud to celebrate the legendary music from the Vince Guaraldi Trio’s A Charlie Brown Christmas. Songs from the timeless TV classic have become a holiday staple for families around the world, and its lead composer, Vince Guaraldi, along with another BMI affiliate, Lee Mendelson, are responsible for composing and writing the standout track, “Christmas Time is Here.” In this feature, we spoke with Mendelson’s family—Jason, Sean, and Glenn of Lee Mendelson Film Productions, Inc., the music’s publisher—to discuss the unique ways the music speaks to us around the holidays, the enduring success of the soundtrack (it recently went 5X platinum!), and what’s next for recordings from the Peanuts gang and the Vince Guaraldi Trio.

What makes the music featured on A Charlie Brown Christmas resonate with so many fans?

The Vince Guaraldi music from A Charlie Brown Christmas is the music of innocence and holiday cheer, but it’s also the deep philosophical melancholy that so many people feel around the holidays. As Charlie Brown says at the opening, “I think there must be something wrong with me, Linus. Christmas is coming but I’m not happy… I like getting presents and sending Christmas cards and decorating trees and all that, but…. I always end up feeling depressed.” The music perfectly captures this longing and desire to celebrate the holidays the way we perceive everyone else to be celebrating them. The special opens with “Christmas Time is Here,” a brilliant waltz that Guaraldi wrote, and our father’s words about happiness and cheer are placed against this slightly sad tune. All the other music, from “Christmas Is Coming” (the song for the kids’ crazy dance) to “Skating” (from the start of the special) span a large range of emotions that we all feel during the holidays.

Guaraldi’s compositions and arrangement of more traditional music also helped introduce jazz to children (and adults) for the last 57 years. The music from the special is often the first thing children learn on the piano and it’s certainly the first jazz that many of us learn. I can’t think of a more ubiquitous start to the season than to play the record and hear this soundtrack for the holidays that was written for this timeless special.

David Benoit and George Winston, amongst other Peanuts scorers and renowned jazz pianists, have told us it was Guaraldi’s music from A Charlie Brown Christmas that introduced them to jazz in a unique, and memorable way. Who doesn’t remember being a kid watching A Charlie Brown Christmas and hearing a style of music that was new and fun to listen to? The moment one hears “Linus and Lucy” (which became the Peanuts theme song), it puts us in a happy place. We think about the Peanuts characters dancing on that stage, and it makes us feel like dancing with them.

From a publisher perspective, how does it feel to represent such a timeless collection of music?

It is our greatest pleasure and honor to be the stewards of this music and these specials where Guaraldi created the perfect soundtracks for the adventure and adversity of Charlie Brown and the Peanuts gang to complement the work of Charles Schulz, Bill Melendez, and Lee Mendelson. The album for A Charlie Brown Christmas has gone 5x platinum and is considered (by Billboard) the #1 Christmas album of all time. It is also one of the most successful jazz albums of all time, which is a great honor. We love synchronizing the track into other properties that want to share the feelings that this music stirs and inspires in all of us. The music from the original soundtrack is heard everywhere (earlier and earlier each year) to usher in the holiday season and in 2020 charted at #7 on the Billboard 200 chart and reached #6 in 2021, hitting the top 10 for the first time in its prolific 56-year history. This year, Concord will release a five-disc super deluxe edition including many never-before-heard studio session tracks from the making of the album. It is a beloved treasure, and “Christmas Time Is Here” has been covered by thousands of artists. It has become a staple on everyone’s favorite artist’s Christmas/holiday albums.

Being connected to the music that is loved by so many people and associated with fond memories for so many years has become such a wonderful and rewarding experience for us. The fact that our father, Lee Mendelson, wrote the lyrics to “Christmas Time Is Here” makes it as close and personal as it gets.

Aside from the original versions, what are some of the most notable covers of music from A Charlie Brown Christmas, and how do those covers contribute its legacy?

This year, Gloria Estefan, Norah Jones, and Alicia Keyes (among others) are releasing a cover of “Christmas Time Is Here.” Everyone from Tony Bennett and Mel Torme to Mariah Carey and John Legend has covered the lead track from the album. Even Prince and the Foo Fighters have performed “Linus and Lucy,” and others play the music all the time in their gigs or appearances, especially around the holidays. The music helps evoke those holiday feelings and special memories of the A Charlie Brown Christmas special for everyone, from hard rockers to jazz improvisers. Everyone loves to remember and play this music.

What do you expect for the future of A Charlie Brown Christmas?

A Charlie Brown Christmas plays all over the world on Apple TV+ for subscribers along with many of our other specials. It will be free to everyone on the platform from Thursday, December 22 through Sunday, December 25. The album is available for streaming on all platforms, and the super deluxe edition along with other versions of the album are available here.

We also released a soundtrack album for It’s the Great Pumpkin, Charlie Brown this fall through Concord Records, from tapes we found during the pandemic. We hope to release other great Vince Guaraldi soundtracks from our specials in the coming years, many of which have never been released before. We also have new symphonies, sheet music through Hal Leonard, and stage shows with the music that demonstrate how Guaraldi’s great gifts to us are evergreen, endearing, and enduring as Charlie Brown’s little tree.