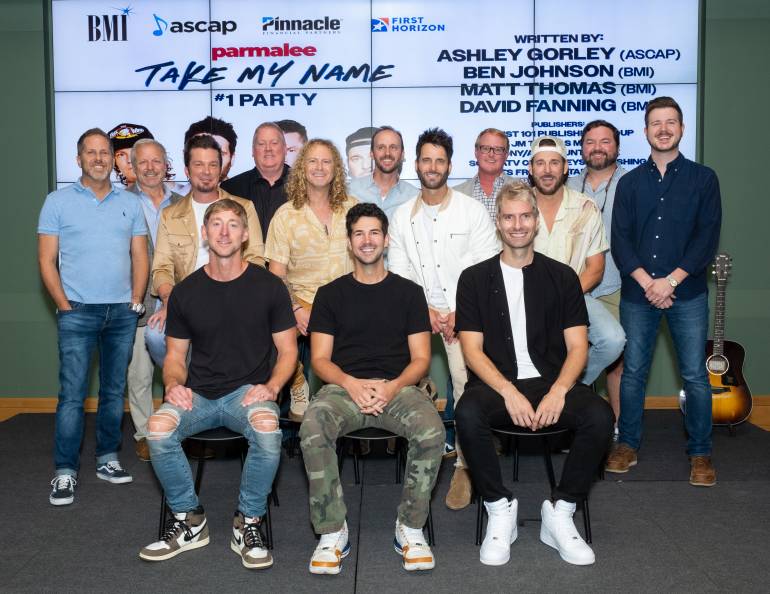 On Tuesday, Music Row came together to celebrate Parmalee’s No. 1 hit, “Take My Name,” at BMI’s Nashville office. The love song, which went to No. 1 on the Billboard and Mediabase charts, is the second consecutive hit single by the band and was teased on Tik Tok before being released officially.

The songwriters behind the hit include BMI bandmates Matt Thomas and Ben Johnson, along with songwriter Ashley Gorley and BMI songwriter/producer David Fanning. Impressively, “Take My Name” remains in the top 5 fifteen weeks later and holds the No. 1 and 2 spot on the Billboard Audience chart for 2022.

The band will be hitting the road on tour with Walker Hayes this fall and just released their new single “Girl In Mine,” which is available on all streaming platforms.